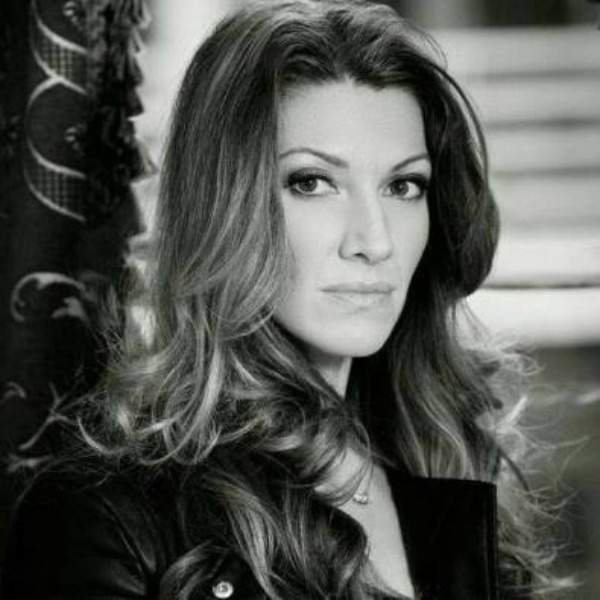 I Dropped the F- Bomb and Kids Say the Darndest Things

Yes. I dropped the “F” bomb. As in: right in front of my five-year-old. I came home one evening from work and decided to help Husband with the most important part of the dinner: open and pour the wine. As I walked back and forth around the kitchen, I did not bother to read the label on the wine. I only realized upon swiftly and expertly opening the bottle, I was dealing with a sparkling Moscato. As I watched-and felt, mostly- in horror as the Moscato got sprayed all over my face, dress and kitchen floor, I let out a heart-felt, totally-mean-it, “F%%&&K!!!!!!!!!!!!!!!!!!!!!!!!!!!”

I got THE look from Husband and yes, you guessed it,  from the noisy five-year-old, who asked for an explanation.  Now we know the word “FF%%&&K” is a Romanian word (I’m Romanian-American) and our teeth will fall out if we ever repeat it.

Despite what the title may lead you to believe, this is not about me as a parent. No, the story was just an intro to how we are put in awkward situation by our kids. You know, with their quick-wit and honest demeanor, say-it-as-it-is attitude. They can make us parents look bad.

Last Halloween I imposed the same rule I always do: only two candies per kid and only before 8:30 p.m. After the kids brought the candy home and ate their share, they went upstairs (their cousins were here visiting from England) and I decided to lighten up the heavy load. I dove into my favorite Kit Kats (they are amazing with Malbec, if you ever wonder). As my son Matei came down, he immediately noticed some candies were missing (freaking pint-size Raymond Babbit) and asked if I had eaten some. I responded with a high-pitched “no.” I hadn’t realized I gave birth to Sherlock Holmes. He found the wrappings in the trash, picked ‘em up, put ‘em in my face and asked mockingly if the candies have eaten themselves. Mr. Sarcastic. Luckily for him, my intellectual prowess was greatly affected by the Malbec at the time, otherwise I am positive I would have come up with a smart, witty, put-you-in-your-place comment.

Two years ago I was running late for some year-end school party for my daughter Ella. As I got home (from work), Husband angrily told me I was late for Ella’s “graduation.”As in from 3-year old to the 4-year-old same exact class and location. I didn’t know what that meant though at the time and I felt horrible. I broke down in tears and as I was driving fast towards graduation, I kept saying:”I am a bad mother, I am a bad mother.” My eldest must have felt bad for me, because he gently said:” Mom, you are not usually a bad mom. Only today you are a bad mom.”  Awww, thanks, sweetheart.

Take my trip to Minnesota three years ago as another example. MotherInLaw, five-year-old Matei and myself flew out to Minnesota for the christening of my niece, Jada. As the flight attended came by, I hesitated for merely half-a-second as I was trying to decide if I wanted a ginger ale or water, when Matei loudly said: “Mom, just order your Sangria, you drink that every day anyway.” Plastered waxy smile on my face, I ignored my noisy neighbor and haughtily asked for the water. MotherInLaw leaned over the seat and gave me THE look (yes, it runs in the family). (Luckily, since then, MotherInLaw joined me on the good side and now favors Margaritas and Moscatos. Coincidentally, she also became more relaxed and funny).

I have curly, coarse, long hair.  During the week, I usually tame it with a curling iron so that it can be presentable. But in the weekends, I go pretty care-free and let my hair air-dry. Few weeks ago, as I was coming down the stairs for breakfast, Matei took couple of steps back, protectively put his hands in front of his eyes, turned his head away and said: “Whoa, mom. CURLS.” I had a fleeting thought of packing his bags and sending him to Siberia.

And then there is the time when Matei unexpectedly asked me about the process of giving birth to him and his sister. I was completely unprepared. The Husband was conveniently travelling to China at the time. I could not think of a birds-and-the-bees analogy, so I blurted out the truth. We were both traumatized, me more than him, especially after he let out a long “eeeewwwwwww” and ran upstairs to explain it to his much younger sister. Needless to say, I had to deal with my youngest, a daughter, who came downstairs and demanded to know if when she will have a baby in her tummy, it will come out the same um, avenue. Thankfully, after two G&T vitamins, I found my confidence again and made it through the evening with great parental pride. I sincerely hope I will be the one traveling to China when they demand to know how they got in my tummy to begin with. Daddy did it, Daddy explain it.

Up until last year, I used to cook. About three times a week. The kids  liked my cooking. I was their superhero. Until Husband decided to steal my cap and start cooking these amazing gourmet dinners, you know, home-made risottos and chianti ribs (by the way, nobody told me the ribs were supposed to be cooked in the chianti, not with the chianti, so Husband got unfairly mad at me when the bottle went missing) and other amazing dishes our kids love. I decided one weekend I shall mark my territory again (no, not like that). So I made bacon with eggs. Ella threw her fork and told me I should never cook again, because even the bacon tastes better when her daddy cooks it. Same day, I bought a voodoo doll who bared a striking resemblance to her daddy.

All of us women need a little bit of encouragement and support, don’t we? It doesn’t matter where it comes from, but it is carries so much weight when it comes from your own flesh and blood. Last week, I went with Husband on a date night, and headed to a great Mexican restaurant. Since the burrito was giant, I decided to easy it down with couple of Margaritas. I came home and as I was having a shower with Ella, she looked at me and asked: “Mommy, do you have a baby in your tummy? You look like So-and-So’s mommy, who is going to give So-and-So a little brother.” No, I do not, but I am tempted to take my youngest offspring back and trade her  for a better model.

I would love to provide a moral of the story, but alas, this is just the beginning. My two Einsteins are near-by, conspiring, I am sure, to make our lives more challenging. And yet, you guessed it, we wouldn’t have it any other way.

Anca is a Romanian-American, Chinese language double-major (it is true). PR professional from Littleton.  She is married with two kids, Matei (ten) and Ella (seven-going-on-15). Being told quite often by the said seven-going-on-15 year old that she will be FIRED (“fired” do you hear me??) from her job as a mom, Anca often takes it to writing to express the joys of parenthood. Which are often enhanced by the Malbec.