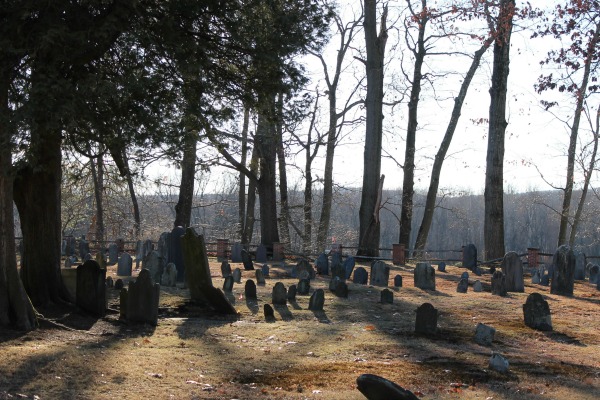 If you can’t take the heat, don’t get “carmationed”

Our society is so squeamish about death. Until the last six or seven decades, I imagine that death was not so hidden. During agricultural times, we were used to farm animals dying and to dressing our own dead, to having their remains sit in the parlor downstairs until we marched them in a pine box to the family plot in the community cemetery. Perhaps death wasn’t such a spook then.

Now, we are so unfamiliar with death that we don’t know how to process it when it inevitably comes into our lives. I try to think about it now and then. I allow my mind to “go there” to lessen death’s foreign-ness, at non-threatening times and in a non-threatening way.

Witness the lagoon of quicksand that swallows me when I take this stand with my children.

A few years ago in the car, Tessa asked if we could visit the grave site of my grandma, GG (for “great grandma”). I explained that GG was buried in another part of the state and that it was too far to go to today. Reed then asked where I would be buried.

I haven’t shied away from difficult subjects before (such as adoption and birth). Matter of factly, and answering only the question that was asked, I said that I didn’t want to be buried. Can you see where this is going?

Tessa said, “Then what will happen to you, Mommy?” I explained that cremation was another way to deal with a body after a spirit no longer needs it. “What’s carmation?” asked Reed.

I explained as best I could. And may I just say that I didn’t know that their school had had a fire drill last week?

The back seat freak-fest began. The Wailing. The Gnashing of Primary Teeth. “No! Mommy! I don’t want you to burn!” “Don’t burn up, Mommy!” “Mommy! PROMISE US YOU WON’T BE CARMATIONED!!!”

I had to pull over.

Lest you ever find yourself in a similar situation, take it from me. Don’t try logic, like, “But then you won’t have to go ANYwhere to visit me — I’ll be wherever you want me to.” Don’t try metaphysics, like “Once my spirit is gone, I won’t need my body anyway.” Don’t lie to them by promising something you have no intention of doing (thankfully I stopped short of that).

And even I knew not to try “I’d rather be quick-fried to a crackly crunch than be digested by worms.”

Yup, I’m great at knowing what NOT to say. But I can’t tell you what TO say. Please, YOU tell ME. Because it’s bound to come up again.

Lori Holden blogs from metro-Denver at LavenderLuz.com and can be found on Twitter @LavLuz. Her book, The Open-Hearted Way to Open Adoption: Helping Your Child Grow Up Whole  is available through your favorite online bookseller and makes a thoughtful gift for the adoptive families in your life. Lori is also available to deliver her open adoption workshop to adoption agencies and support groups.