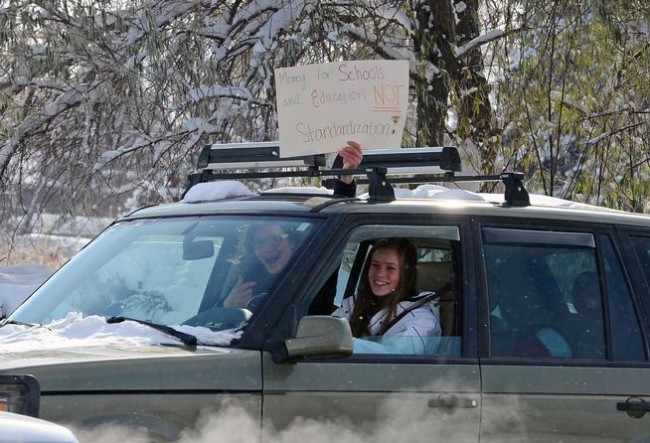 Thousands of high school seniors from Boulder to the Denver suburbs are skipping new state-mandated science and social studies tests, the latest flare-up in an escalating battle over Colorado’s standardized tests.

The no-shows in some of the state’s highest-performing and wealthiest districts come amid growing anxiety about overtesting, uniting families in liberal Boulder and conservative Douglas County.

Supporters of the state’s academic standards and testing can take comfort in one thing: This is not an uprising against testing fourth-graders in math, but instead involves tired, disillusioned high school seniors thinking about college.

At nine Douglas County high schools, nearly 1,900 students did not take the tests, more than half of students, according to preliminary data.

Boulder Valley School District said more than 1,500 high school seniors did not take the tests. Only 16 percent of students district-wide did — including just two of 414 students at Boulder High.

In Cherry Creek School District, nearly 1,500 students were no-shows, or 37 percent of students, also according to preliminary data. At Cherry Creek High School, only CLICK TO KEEP READING