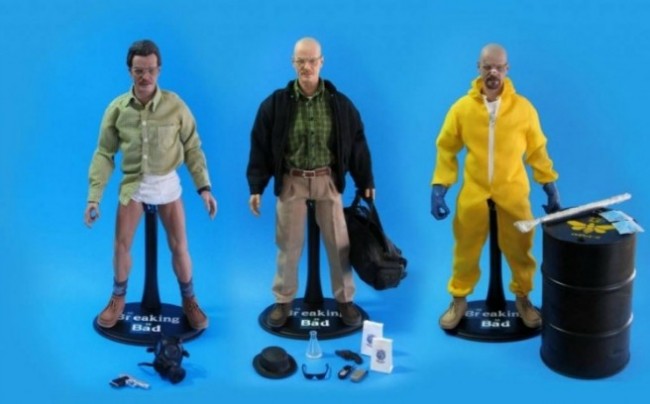 We’re calling this a twofer. Fox 31 asked to come to my house to interview me about crystal meth action figures yesterday, they saw my husband Jamie’s giant pumpkins and interviewed him after. Jamie is now claiming the media is going through me to get to him.

Fox 31 aired the story  last night. The one with me in it; I’m sure the giant pumpkins will appear on some breaking news story sometime.

If you are not familiar with this story that is making national headlines: Susan Schrivjer, a mother from Fort Myers, launched a petition in early October to have Walter White — and other “Breaking Bad” action figures — removed from Toys R Us. As of Monday morning, the Change.org request has received more than 2,000 signatures.

In the petition, Schrivjer states:

“Toys R Us is well known around the world for their vast selection of toys for children of all ages,” she wrote. “However their decision to sell a Breaking Bad doll, complete with a detachable sack of cash and a bag of meth, alongside children’s toys is a dangerous deviation from their family friendly values.”

What is your opinion? Are “Breaking Bad” action figure dolls at Toys R Us good or very, very bad?