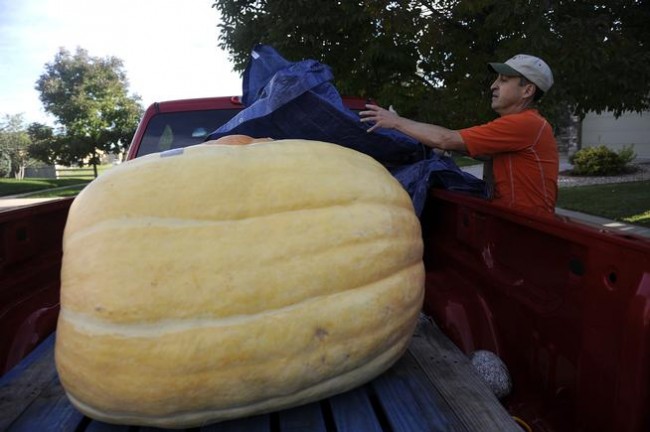 Here’s a shameless plug for my husband: Austin Briggs from the Denver Post’s YourHub published an article about his giant pumpkin growing obsession.

And yes, I stand by my quote that there was not full disclosure before the marriage.

In the world of giant pumpkins, the difference between a record-breaking monster and a failed season can rest on something as trivial as a bug bite.

That’s one of many lessons Arvada resident and pumpkin obsessive Jamie Johnson, 43, has learned over the years as he guns for the state record.

This summer a squash bug nibbled on what he called “the prettiest pumpkin I’ve ever grown,” infecting the 453-pound, bright orange beauty with the assured death of yellow vine disease.

He had to cut “Bo” and a few other pumpkins off the vine prematurely, ending his 2014 season. He managed to salvage a 511-pound “baby.” 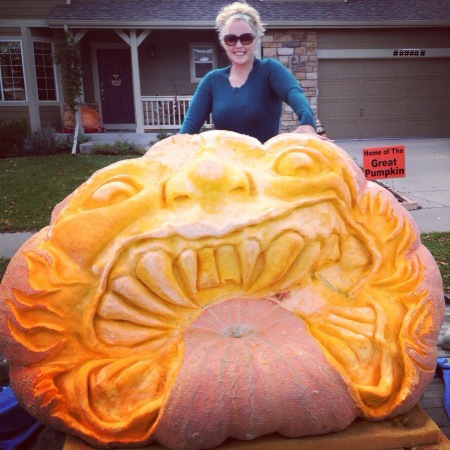 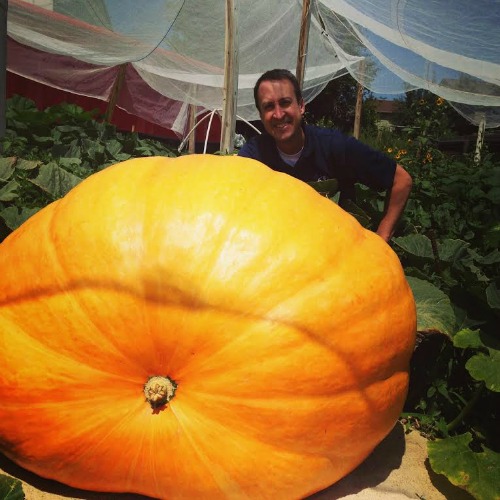