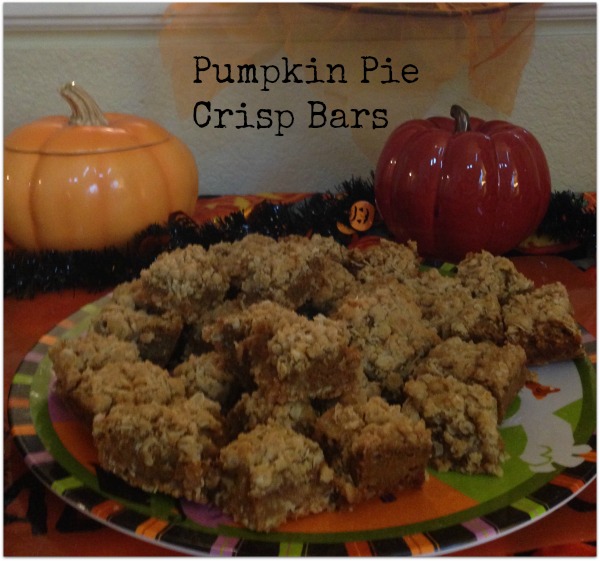 I still remember the day I became obsessed with eating all-things pumpkin. I was pregnant with Hadley, called home and my family was eating pumpkin pie for Canadian Thanksgiving. As a wave of homesickness washed over me, I developed a pregnancy craving for pumpkin that never went away.

Thankfully, the pregnancies did.

Every year before the weigh-off for my husband’s giant pumpkins, we have a huge pumpkin party where our friends bring delicious pumpkin treats.

I like to experiment and fell in love with two new recipes that I tweaked until they were just right. I’ll share one this week and another next week.

About the recipe: two of my favorite treats are pumpkin pie and apple crisp. This recipe melds the best of both worlds with the “crisp” not only as the topping but also on the bottom and delicious pumpkin in between. Then, add cinnamon, nutmeg, cloves and ginger and this treat tastes like fall.