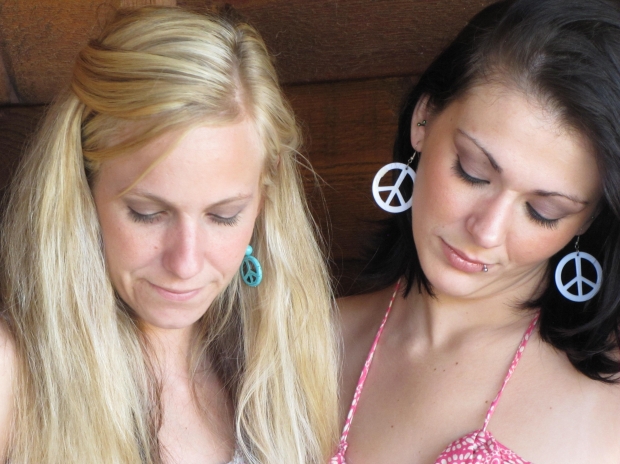 Now that my kids are in school, they are adjusting to an entirely new social hierarchy. Fortunately, they’re still young enough that friendship prerequisites center around if their peers are nice or if they have the same taste in clothes.

The latter was illustrated on the first day of school when my daughter Hadley met her new BFF: a girl who had the exact same pair of shoes.

In a few years, such trespasses will result in a cat fight.

But there is a murky side to the social hierarchy that is rarely discussed: the Mommy Clique. These are formed when moms are brought together while waiting for their children to emerge from school or in playgroups and at activities.

I’d like to think that moms are mutually-supportive and that is mostly the case. But often, there are deep-rooted undertones of judgment that, if not confronted, can result in a full-blown Mommy Clique.

And no one likes Mommy Mean Girls.

From my “extensive” 10 years as a mom, I have compiled a few ideas for banding together as moms. Because let’s face it: no one wants to feel like they’re the only kid in the junior high cafeteria who doesn’t have anyone with whom to sit.

1) Start early. I was clueless to the whole Mommy Clique phenomenon when my kids were in preschool. I’d come, I’d go, I’d pick up my daughter and call it good. It wasn’t until the middle of the year I realized friendships were forming without me and I was that loner in the school cafeteria. Again.

2) Compliment. I am the queen of small talk (OK, any talk) but for the shy people out there, you can’t go wrong with a compliment. Praising a cute baby is a sure-fire “in.”

3) Reach out to the loners. Once you form friendships, it’s easy to stick with the same crowd. Try to include people standing by themselves including other moms, grandmas and fathers. My husband assures me dads have feelings, too.

I’ve also made some mistakes over the years.

1) Judge. Moms come in different shapes, colors and backgrounds but we’re all in this together. You never know what you can learn from someone with whom you’d normally never associate.

2) Tease a mom you don’t know. Hypothetical scenario: Do not joke that she looks like an abominable snowman, even if she is dressed from head-to-toe in Michelin-Man-esque winter wear. Despite your sincere apology at your light-hearted attempt at humor, this offended mom will then ignore you the rest of the year. Hypothetically.

3) Think it’s too late to form friendships. Even if Mommy Cliques have already developed around you, stand nearby and offer constructive comments. If they’re a Mommy Clique worth knowing, they’ll embrace you in their group.

If not, nurse your wounds while watching Lindsey Lohan in Mean Girls as you down a gallon of Breyers’ Triple Chocolate Ice Cream.

Your Opinion: What are your tips for surviving Mommy Cliques? What have been your good or bad experiences?