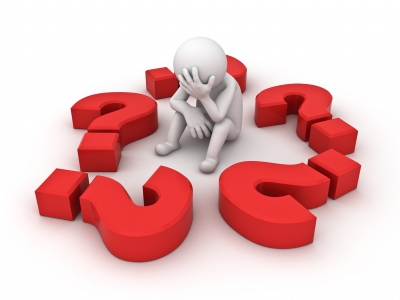 My life completely changed this year.  And not the way I thought it would.

On December 31, 2013, I toasted the beginning of 2014.  That year had been hard and I felt sure 2014 would be better.  The book that I had been working on for years would finally be released just after the New Year, so how could I not look at the coming months with anything but optimism?

In the beginning, it was great.  A book launch at the Tattered Cover where they sold out of copies.  More book signings on the calendar.  Travel.  The beginning of a new chapter (so to speak).  It was all that I’d hoped for.

And then it happened.

What started out as potential motion sickness on flights to events turned out to be nothing that could be controlled with motion sickness pills. Sitting at lunch with a smile on my face, trying desperately to focus on the person across from me at the table and feeling like the whole room was spinning, I dismissed it as possible vertigo.  I did everything I could to grab ahold of my life and equilibrium until I realized they had ahold of me.

“I think I’m…um…having some anxiety issues,” I told my agent.  “I can’t do anything for a while.  I’ll keep you posted.”

That was in February.  It’s August and I’m still keeping her posted.

I was given a prescription for anti-anxiety medication to take as needed, but was determined to tackle this problem without it.  I stopped everything for weeks – writing, responding to emails, returning voice mails – vowing that I would take the time to figure this out.  I tried counseling, yoga, meditation, long walks…only to have this monster sneak up on me when I least expected it.

And it was frightening.

My throat would close up.  My stomach churned.  My head would spin.  My hands would sweat.  The bottoms of my feet would sweat.  My legs seized up. My heart pounded irregularly.  It was almost impossible to find the right way to breathe.

It was as if my mind and my body had decided to revolt together.  And there wasn’t a darn thing I could do about it.

I’ve been in therapy for much of my life – I’m one of those weird people who love therapy.  I like the questions, the inner search.  I like how one question might make me look at life in a different way. And I’ve always been honest about it with my children, explaining to them that it’s okay to ask for help when you need it.

“Where are you going?” asked my 13-year-old daughter earlier this summer as I was walking out the door.

“I’m going to my therapy appointment,” I said.  “Sometimes we all need someone to talk to.  If you ever feel like you need someone…just let me know.”

“I know,” she said and rolled her eyes as she bit into an apple.  “You’ve told me that like a thousand times.  Just don’t get too sane.  My friends like that you’re a little crazy.”

Coming from a teenager, I took that as a huge compliment.

There is not an overnight solution, which is very frustrating to me.

I thought that if I followed the rules, I’d have this anxiety thing figured out in no time.  Stretch. Listen to the gong. Sit in silence. Rest. And when that doesn’t work, hit the gym in frustration and congratulate yourself with an occasional glass of red wine that you made it through one day with dry palms and an open throat.

But it doesn’t work that way.

I’m finding, actually, the more you work against it, the more it works against you.  That the moment I start feeling like anxiety is approaching, I start back-peddling and in my effort to make it stop, it just makes it worse.  I’ve realized in the last few months there is no one solution that works for everyone…that this is a lifestyle change. No, wait.  This has changed my life.  There is no blueprint.  Only I can figure this out.

I’m a work in progress.

“I don’t feel good,” she said mournfully when she came down the stairs the last time.  “My tummy hurts and I feel like my legs won’t go to sleep. My throat feels like I can’t breathe.”  Her hands shook a little as she tried to move her hair out of her eyes and a tear fell down her cheek.

I looked at her for a moment in disbelief.  She had just described, in the most perfect elementary school third grade way, what anxiety feels like.  And had I not experienced that myself, I might have dismissed it.  But knowing what it feels like when my legs sometimes won’t go to sleep and my throat and tummy hurt…I had immediate sympathy for her.  More than she will probably ever know.

“Don’t worry,” I said as I cuddled with her and her security blanket, desperately wanting to absorb everything that was making her feel that way into my own body so she didn’t have to go through what I knew sometimes felt unbearable.

“We’ll figure this out.”