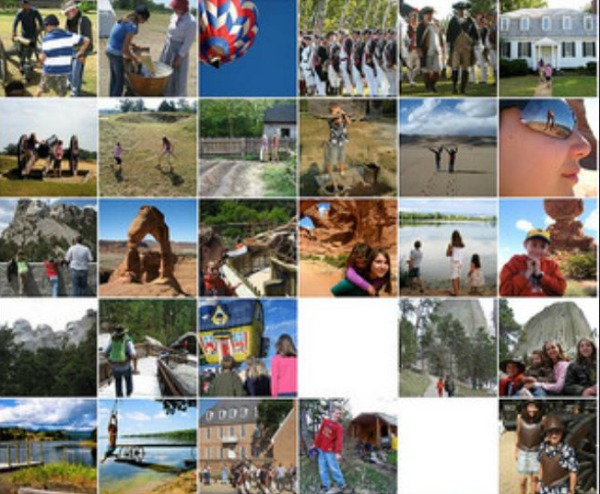 Not Back-to-School Week for this Homeschooling Mom!

In honor of back-to-school, Mile High Mamas will be highlighting a few non-traditional schooling methods. We kick off our mini-series with homeschooling, tomorrow will be “unschooling” and on Thursday, JoAnn talks about charter schools.

For the past three years, the annual buy-a-thon known as Back-to-School month has been met with cheers and applause by my older kids. For them, it means that all the school kids return to class while they get back their free reign at the Zoo, Science Museum, and outdoor parks again. You see, we are homeschoolers. We grudgingly share our territory outside of school with the masses in the few months during summer but can’t wait to claim it back again in September.

It wasn’t always this way for us. My now 11-year-old daughter had Back to School from K-3rd. Not a long span in terms of a total K-12 education, but for her it was an eternity. Back to School wasn’t accompanied by the normal jitters and fears most kids get. It became an exercise in full blown anxiety. It became a tortuous descent into tears and pleadings not to make her go back to ‘that place’.

I watched her go from a vibrant, curious, busy, talkative, humorous, excitable girl during the summer into a withdrawn, quiet, bored, anxious, combative girl by the time school started. I made sure to introduce her to her new teacher well ahead of time in case it was a stranger anxiety issue. I started the “school schedule” in the morning two weeks prior in case it was a timing issue. I let her pick out all her own fun school gear in case it was an aesthetic issue. I prepared all her favorite foods for her bagged lunch in case it was a gastronomical issue.

If she was a newborn, this phenomenon would be called “Failure to Thrive,” and I was baffled, and then angry, and then sad, and then I started looking for answers…but it took me until the end of 3rd grade to find any. I remember her first Back to School, which was the “Going to School” extravaganza of the first day of Kindergarten. I thought she would LOVE it. She had, up until that point, been outgoing and fearless. Playful and curious. A real force of nature! I figured she would bloom in her class with lots of other kids and a fun teacher. She loved her friends. She loved her teacher. She hated going to class. Even at 5, she cried every day going to school, and every day coming home. I didn’t know what all the fuss was about, considering it was only a 2 1/2 hour class, and hoped she’d outgrow it.

The pictures from her second Back to School; First Grade Edition, show a little 6 year old wringing her hands with tears streaming down her face. She loved her friends, she loved her teacher, and she absolutely dreaded class. I am not exaggerating when I say that she cried every morning when I dropped her off to school. This is the year when her stomach aches started.

The third Back to School; Second Grade edition continued her pattern of tears and headaches, with the added bonus of stomachaches and sleeplessness. She cried before school, and then after school when it was time for homework. This is also when she developed a nervous eye twitch. 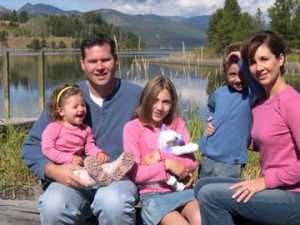 Back to School; Third Grade was more of the same. I didn’t know it at the time, but she spent her school days in third grade creating ways that she could escape. She’s since told me, “I knew my way back home from school, and I would have run it. I just had to figure out how to get outside the class by myself.” She already was a ticking time bomb of insecurities, fear, and pain. She was on track to becoming a fourth grade delinquent.

That’s the point that I became more proactive in my hunt to cure her “Failure to Thrive.” So far, all her teachers were are stumped as I was. She could learn, she loved to learn, she loved the people in her class…but she couldn’t, wouldn’t, and didn’t learn while at a desk six hours a day. At first I felt responsible, and a little ashamed. All the other kids were OK at school! None of the other kids cried every day! All the other kids did their homework without three hours of tantrums! None of the other moms had to bribe their kids with doughnuts and fun trips, just to get their kids to school! So what was wrong with my daughter? Should I be more firm? More understanding? More structured?

“It’s like trying to force a square peg into a round hole!” I sighed to my husband one day, feeling utterly defeated. I was losing my daughter into a system that was advocating medication and behavior therapy for my formerly bright and happy kid. And this was at 8…what would a few more years of this bring? And that’s when it hit me. Maybe this “Failure to Thrive” wasn’t anyone’s fault. Not mine, and certainly not hers. Maybe instead of trying to get her to fit the curriculum, I could get a curriculum to fit her. Homeschooling definitely allows for that possibility. Even better, I found an entire community of passionate homeschooling parents with all different kinds of kids…square pegs, triangle pegs, rhombus pegs, rectangle pegs…and they all were encouraged in their differences.

If I had any initial concerns about homeschooling (and I did!) they all disappeared as I watched my daughter bloom before my eyes. I had her back again, the bright and engaging girl that I’d missed so much during her four years of public school. The process of learning became so fun again that my son joined our homeschooling shenanigans after going to kindergarten, and my 4 year old is already on the bandwagon.

There was a time when I thought learning could only happen in a classroom. My kids have proved me wrong about that. We’ve shared our classroom with everyone else for the summer break, and have noticed that it’s been thoroughly enjoyed! Now we’re ready to take the great outdoors, museums, mountain trails, rec centers, and parks back. We’re going back to school, too…and we like it a little less crowded.

Guest blogger Tiffani lives with her three right-brained kids and one left-brained hubby in Erie.