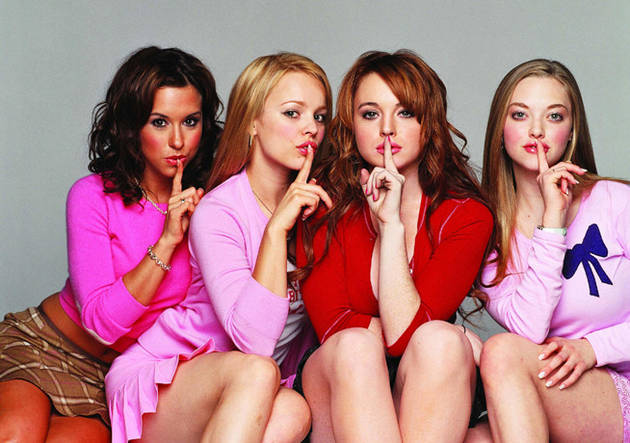 Confessions of a Former Mean Girl

Her name was Jackie and we were cruel to her.

She lived in a small, weather-worn house across the street from our school. She wore the same out-of-style clothes every day. They were stained and frayed. Her hair was never combed, and her homework was rarely done. For these crimes, a court of spoiled and selfish fifth-grade girls sentenced her to a year of hard time as the target of jokes, disdain, and teasing.

I was on the jury.

Decades later, I look back on those playground moments with a great deal of shame and embarrassment. I think the worst thing we did to Jackie was the plot to make her think we were going to let her in our group (dubbed “The Magnificent Seven” by a teacher) all the time knowing we were going to ostracize her a few days later. The plan was to tell her how rich we were, how we vacationed in amazing places, and how our parents drove multiple expensive cars. Isn’t it amazing we want to be your friend, Jackie? You must be special!

Our plan worked perfectly. Jackie thought we accepted her. She was happy. Then we crushed her with the news she wasn’t our friend, she could never be our friend, she’d never have a friend, boo hoo.

Of course none of us were rich. The most exotic vacation was at Disneyland, and our parents drove station wagons and Ford sedans. We lived in split levels and ranch homes in subdivisions. Our clothes came from the Sears catalog or maybe the downtown JC Penney’s. Obviously, we told Jackie those lies to make ourselves feel better. There is always someone prettier, richer, smarter and girls are hyper-aware of these differences. By grinding a less advantaged girl into the ground, we stood a little taller. This was the gang mentalility, and I don’t use the word gang lightly.

Our switchblades were our tongues. We punched and kicked with haughty looks and well-time laughter and gossip. I think we did more damage, as girls, to the spirits of other girls than the boys who wrestled around on the playground ever did to each other. A bruise on the cheek heals. A bruise on the psyche may never heal.

I wonder now where the adults were? Teachers and aides were quick to pull tussling boys off each other. Did they notice Jackie crying on the side of the building? Did they notice the notes passed during class, her exclusion, our hissed whispers when she sat near us in the lunchroom?

I am not blaming the adults for failing to stop us. We should have known better. I am simply wondering why it was tolerated if indeed it was noticed?

Recently, I volunteered to help with my church’s VBS class. They assigned me to work with the second grade class.

It was a fun and exhausting week. The kids were full of energy and were kept busy with singing, crafts, snacks, and stories. Most of the kids knew each other from church or their schools. Some brought neighborhood friends. Overall, the kids seemed to get along well.

One day, shortly after returning to the classroom from the lesson, I noticed a girl in the corner crying. I approached her and asked what was wrong. She spilled the story of how another girl promised to be her best friend for the whole month of July, and now she wasn’t being a friend at all. She was so hurt. I told her I was sorry, and I knew what she was feeling.

I did: I became Jackie in seventh grade. I cried on the school bus more than once. I ate alone. It was the worst year of my life. Amazingly, I was savvy enough to see what I did to another was now being done to me.

I gave the girl a hug and told her to join in with the group. The kids in the classroom were busy doing an activity with balloons. I pulled the other girl aside and said I couldn’t tell her who to be friends with—but I could tell her it was important to honor a promise. She knew immediately what I was talking about, and I was very proud of her when she went to her friend and apologized. These girls are only seven, so young to be dealing with drama.

I wonder what would have happened if someone, anyone, had pointed out that The Magnificent Seven was nothing more than a band of cowardly bullies who measured worth in the amount of friendship pins on our shoelaces?

I wish someone had tried.

Jackie, I am sorry.