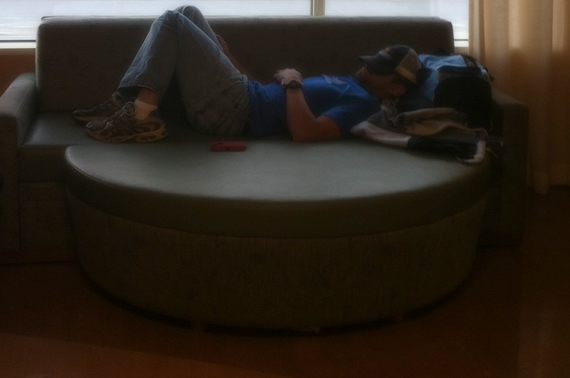 The Don’ts of Being a Birthing Partner: 15 Things I Wouldn’t Do If I Were You

Now that I’m working on baby number three, I’m kind of an old hat at this pregnancy/childbirth thing—Literally. I have AMA (advanced maternal age) on my file. I’m 35.

I know what to expect this time around when I go waddling into that delivery room in anticipation of pain, exhaustion, nausea, and the promise of a cold turkey sandwich at the very end. However, during my first pregnancy, I simply had no idea what to expect when it came time to deliver my baby. Like most first time moms I was plagued with wonder and worry. But, out of everything I experienced the single most surprising thing about giving birth was how easily annoyed I got.

So, I’ve taken up a collection of a few of my experiences, as well as some close friends, and made a list of things you shouldn’t do when you’re a birthing partner. As the sole support for a laboring woman, there’s etiquette involved. Should you choose to not follow that etiquette, I can’t be responsible for what happens next.

3. Don’t ask how much longer it’s going to take.

6. Don’t start a conversation and expect a response during a contraction.

7. Don’t take anything the laboring woman in question says personally. Think of it as a temporary bought of insanity, amnesia, demonic possession, whatever. Just let it go.

10. Don’t convey anything that might possibly communicate that you’re tired.

11. Don’t try and force your partner into sticking with the birth plan.

13. Don’t pet your partners head in an effort to “comfort” or “soothe” them.

14. Don’t watch the contraction scale and say: “Wu-oh! Here comes a big one!”

15. Don’t say giving birth was easy for your partner. Even if she was smoking cigars, playing poker and laughing through labor.

Don’t say I didn’t warn you.

Christina lives in Denver with her husband and two daughters. She’s been featured on the Erma Bombeck Writers’ Workshop, Scary Mommy, What the Flicka and recently added: “first-place winner in the 2013 Boulder Writers’ Workshop Comedy Writing Contest,” to her list of accomplishments—it’s above changing a diaper with only one hand and answering the same question 147 times in a single minute. You can read more about her pregnancy over at Pregnancy & Newborn’s Knocked Up Blog or find her rambling on The Mediocre Housewife.