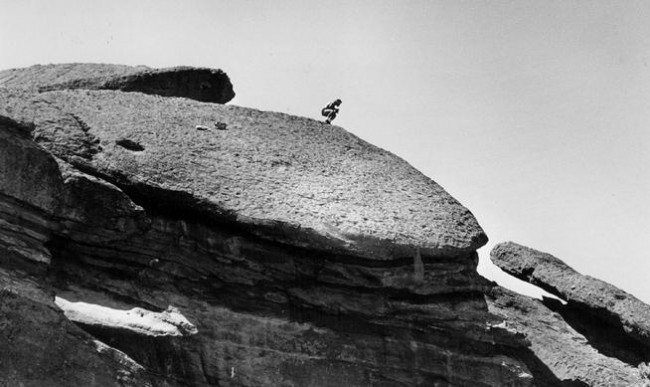 Get kids outdoors at Denver’s nearby mountain parks

When Congress passed an act in 1914 that allowed Denver to acquire land beyond the city limits for the purpose of securing nearby beauty, it was 14,000 acres at the outset, an area nearly the size of Manhattan. So it’s perhaps appropriate that Mile High officials hired Frederick Law Olmsted, the celebrated designer of New York City’s Central Park, to plan the mountain park system with teams of engineers and construction crews that linked the parks.

Here are a few of the special places along the Front Range that are a legacy of that vision. Whether you just want to ponder a vista or shoulder a rucksack for a ramble, you’ll be happier in head and heart.

Nature created this gorgeous amphitheater — the Civilian Conservation Corps merely put in a stage and curved rows of seats back in the early 1930s. Since then it has played host to countless concerts, from the Beatles in 1964 to a U2 performance that resulted in “Under a Blood Red Sky,” a landmark live album that gave props to Colorado’s sunsets.

This 868-acre park is the closest mountain park to Denver. Famed for its 300-foot-tall sandstone formations and panoramic views, it is considered one of the finest outdoor music venues in the world.

Fitness buffs love it, too. Individuals and groups turn out to run the steps, which are quite the workout. Hiking trails that radiate from the complex let visitors take a closer look at the park’s geological features.

Topping out at 12,840 feet, Summit Lake Park marks the high-altitude apex of the mountain parks system. The route to the summit — get it? — of Mount Evans is one of America’s loftiest auto-accessible roads, and is usually navigable from Memorial Day to Labor Day.

This is a prime place to explore above-treeline tundra, but given the fragility of the ecosystem, where entire life cycles run in just a few short weeks, it is imperative to stay on designated trails. Spring-like weather doesn’t arrive until early July, and the entire summer season starts coming to a close a month later.

From the parking lot, a trail provides a quick hike to the Chicago Lakes overlook, with great views. It also provides access to climb Mount Evans or drop a line in an alpine lake. Keep an eye out for mountain goats and bighorn sheep.

This park offers one-stop shopping for many visitors, especially first-timers from the East. There are terrific views from the Continental Divide to downtown Denver, forested foothills, mountain meadows, plus the grave of Western legend William “Buffalo Bill” Cody, arguably America’s first superstar.

The genesis of Lookout Mountain Park began in 1915 when civic leaders set aside 66 acres as a rest area along the Lookout Mountain Drive, which was later redubbed the Lariat Trail. A museum houses memorabilia from the famed Pony Express rider, scout and showman.

The area has real biodiversity, and rare butterflies can be spotted in the surrounding grasslands.

At 860 acres, this 1938 gift from namesake Martin O’Fallon was one of the last big additions to the mountain park system.

It connects Corwina Park with Pence Park to the south, and the three parks combine for 1,487 contiguous acres.

O’Fallon Park boasts a large trail system. You can hike east to Corwina Park or west to Pence Park. Trails are closed to mountain bikers, save for the Bear Creek Trail, which runs from Corwina to Pence parks. (Fishing is popular along Bear Creek proper.) Picnic and restroom facilities are available in the main park area.

This park features a sprawling ridgeline facing Independent Mountain and is a backdrop to Myers Gulch and Parmalee Gulch Road. It anchors the southern part of the Corwina-O’Fallon park complex, and is the southern terminus of the Bear Creek Trail.

There is also a recently added 2-mile loop trail up sides of Independence Mountain, with a trailhead and restroom.

Acquired in 1920, this 616-acre park features stands of fir, limber pine and bristlecone pine. At 10,600 feet, it is Denver’s only park in a subalpine life zone.

The 24-acre lake, gouged by a retreating glacier, is a popular fishing destination and offers lovely views of Mount Evans. As at all of these parks, it’s important to stay on the trails.

Make a point of visiting the marshy wetland habitat at the park’s east end, which offers some choice birding on a trail that rings the lake. The park sits on the Mount Evans Scenic Byway and also features the historic Echo Lake Lodge, built six years after the park’s entry into the system.

Echo Lake trails link to the Chicago Lakes and Bear Track Lakes trails. They are also used to access the Mount Evans Wilderness Area and the peak’s summit.

DENVER MOUNTAIN PARKS. For a complete list of the parks in the system, including photos and maps, visit bit.ly/1epmHbp