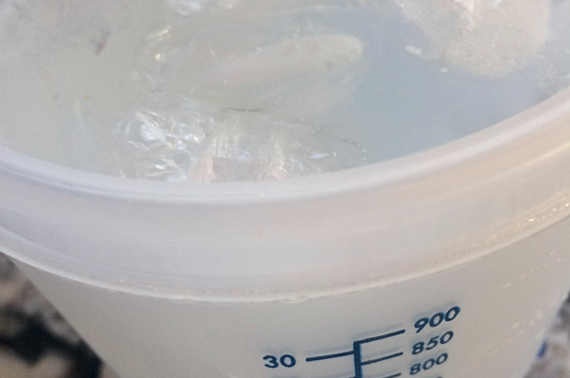 As I round out of—quite literally—the end of the first trimester and waddle into my second, I’m already sick of drinking water. I make it my personal goal to drink an entire body of water every day—so that I can pee every fourteen seconds. Though I don’t always hit that goal—the drinking water goal. If I didn’t drink a drop of fluid all day long, I’d still pee every fourteen seconds because Mother Nature has a sense of humor. One that we don’t share.

1. Hydration
Water carries nutrients to my baby—who happens to be the size of a lemon right now. How much water does a lemon need?

3. Prevents bladder infections
Ironically, drinking water helps with water retention. So, the more I drink the less bloated I’ll get. Even with a lot of water my ankles could still be mistaken for elephant ankles, to a lay person. So, note the importance of hydration.

4. My body is continuously flushing out amniotic fluid to get rid of everyone’s waste.
And for that, we’re all thankful.

The goal is a minimum of 64 ounces of fluids each day. Ideally water and not Coke. Or Coffee. Or Gin. 64 ounces is a lot of water to drink every day, especially for a person who doesn’t exactly find water exciting—unless it’s in the form of a luxurious bath. In addition to 64 ounces, a pregnant woman also needs 8 ounces for any activity they participate in, like walking, yoga, or blinking. Since we live in Colorado, this means an extra 8 ounces for every 4 minutes I’m outside. The average Coloradan loses approximately 40 gallons of sweat just walking around their house to their garbage can in June.

My issue isn’t the act of drinking. My issue is the amount I have to drink. It’s become such a chore for me since 95% of the time I’m not even thirsty. I’m drinking for the sake of drinking. Which would’ve been awesome if I was back in college. And it was beer. But I’m already sick of the taste of water, which is mind-blowing considering water is flavorless.

The road will be long.

By the time this pregnancy comes to an end I’ll be sick of drinking anything. In general. Including my own spit. Sure, adding a lemon or lime or other citrus fruits can add some flavor to water, if you like watered-down fruit. I do not. This time around I’m trying Crystal Light. The non-artificial stuff because I don’t like to pronounce aspartame. I need water that doesn’t taste like water. I need to prevent bloated elephant ankles by hydrating in style. Mostly, I just really want an IV with a pole to push around because I’m already that lazy. At least with an IV stand I’d have balance for when I puff into a rolling blueberry.

Christina lives in Denver with her husband and two daughters. She’s been featured on the Erma Bombeck Writers’ Workshop, Scary Mommy, What the Flicka and recently added: “first-place winner in the 2013 Boulder Writers’ Workshop Comedy Writing Contest,” to her list of accomplishments—it’s above changing a diaper with only one hand and answering the same question 147 times in a single minute. You can read more about her pregnancy over at Pregnancy & Newborn’s Knocked Up Blog or find her rambling on The Mediocre Housewife.