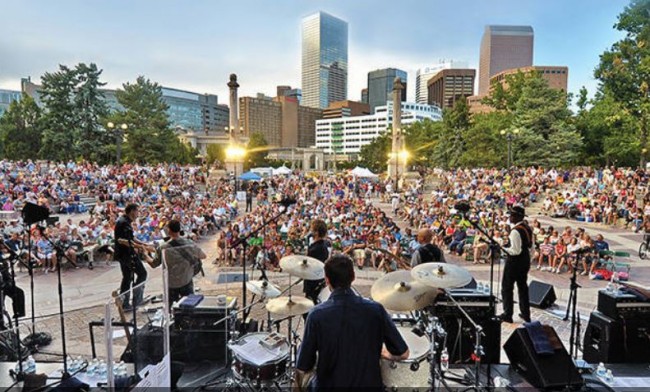 Summer has always meant warm days, picnics and fun in parks. The one thing that could make that better? Make that a free concert, movie or other fun with friends and family. Pull out your blanket, picnic basket, or lawn chairs – just make sure you save me a seat!

Please let us know what we missed.

Aspen Grove also offers Free YOGA on Saturday mornings (8 am. and 9 a.m.) bring your own mat (except first Saturday); Farmer’s Markets on Wednesdays and Paris Market on June 3; July 2; and August 2.

Always be sure to prepare for the Colorado weather. All of these concerts are outdoors. They are subject to change.

On a side note, Olive + Finch (on 17th and Humboldt) has some amazing picnic on the go options – where you can get amazing kids meals and to-die-for sandwiches for adults all in one to-go pack. Upscale picnics for sure. When I tried it each bite was better than the last.