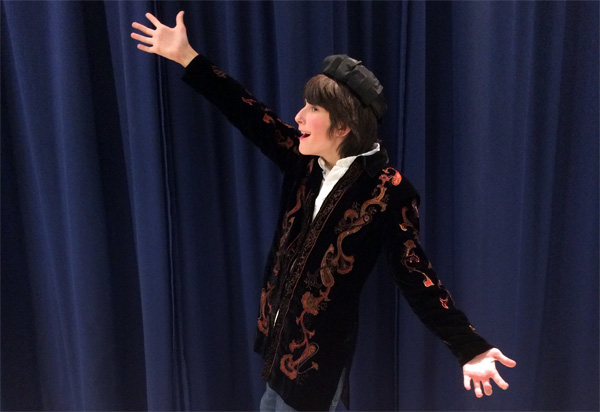 If you have children in school, there is no escape. You will eventually find yourself in a brightly-lit gym or dimly lit auditorium waiting for your little superstars to perform. It might be a play, band concert, choir concert, or one of those musical spectaculars with a theme. For example, a Musical Salute to Colorado! When they inevitably sing “Rocky Mountain High” and get to the part about getting high around the campfire, tell yourself the campfire is at 11,569 feet. Yes, that’s why everyone is high around a campfire.

During the end of the school year, it’s easy to become overwhelmed with all the projects, activities, field trips, and concerts they pack into the calendar. Being mindful of performance niceties helps everyone enjoy these frantic days and nights. Here are common courtesies parents should remember to help make school performances special and enjoyable—especially for the kids who are performing.

Don’t Leave a Performance Just Because Your Child is Done

This is a common, pretty atrocious etiquette no-no when multiple groups are performing together. Sometimes, schools must combine different musical groups to save money or for calendar issues. For example, a choir, orchestra, and band are all performing on the same night in that order. It’s rude and disruptive for parents of the choir kids to get up and leave once their children are done. What kind of message does that send to the orchestra and band kids? They aren’t worth listening to? By the time the night gets around to the band kids, only their parents are left—the same parents who sat through the other performances. Parents who flee multi-group concerts send a poor message to their own kids as well: Don’t care about supporting your peers. I know some of the group concerts are longer than average, but you will survive and demonstrate kindness and respect for all young musicians and singers.

Put Away the Smartphone

I sat next to a woman who followed a Thursday night Denver Broncos game on her phone during a concert. She got alerts for big plays and touchdowns and made sure each alert was dutifully followed-up on. She’d sigh. She’d squeal under her breath. Put yourself on stage. If you are singing a song about high altitude camping, for example, and you see a bunch of bright rectangles out in the audience with downturned faces, how would you feel? Related: Don’t loudly complain that the music teacher scheduled a concert on the same night as a professional league sporting match. While music teachers are intelligent, quick-witting beings, they are not able to see into the future nor are they inclined to believe parents would rather cheer on millionaires in tight pants than their own flesh and blood for an hour.

Be Mindful as You Video and Snap Photos

This seems like a no-brainer, but it comes up over and over. There are always parents and grandparents who feel they get to stand up and document the entire show without a care for anyone behind them. If you want to capture a solid block of any performance, stand in the back or along the sides. Nobody minds a quick photo snap here or there, but there is no excuse for obtstructive behavior or constant camera flashes.

Related: Be mindful of how and where you share the videos and photos on social media. Try to obtain permission from other parents or older children before splashing their faces and musical/acting prowess all over Facebook, Instagram, or Twitter, especially if you don’t know them. They could have personal objections or even serious safety concerns.

Not Everyone in Your Group Needs a Program

You can share. You can pass it back and forth. I’ve seen members of entire families each get a program, even toddlers. Why? They end up becoming paper airplanes or left behind for the janitorial staff to deal with. When everyone in a single group gets a program, the school might run out. Some people hang on to programs as keepsakes. Rude program hoarders deprive others of having a memento or simply the chance to know Rocky Mountain High is the second to last song, right before If I Had a Wagon.

You Are Not in a Movie

One of the most memorable scenes in the movie Parenthood is when the toddler brother runs amok during his big sister’s performance of Snow White. It’s hilarious and charming and signals a shift in the movie. But it’s not cool in real life to let toddlers and preschoolers act like chimps. I’m all for bringing little ones to concerts so they can cheer on older siblings and learn about concert behavior and expectations. It’s natural and not unexpected to hear an outburst or commentary from a very young critic. But if they start becoming more of a show than the show itself, it’s time to duck out the door. Chances are, your performing kid will recognize the sound of her little brother’s voice shouting, “Bo-ring!!!” and will be mortified for a day or two as well. Don’t let your little kid steal your big kid’s special moment—or anyone else’s. Chances are, if you have to leave with a toddler, you will find other parents with toddlers roaming hallways too. It’s like a little club of cute oafs and their tall, worn-out servants. You can commiserate. Quick tip: If you are there with your spouse or another adult, decide in advance who will take the little one out if it’s necessary. That way, you won’t be shooting meaningful glances at each other while nodding at the door and shrugging while muttering under your breath. At the next concert, you can switch.

Concert season is wrapping up, but I guarantee plans are already in the works for next year’s crop of performances. Wouldn’t it be great if everyone worked together to make these experiences as wonderful as possible?