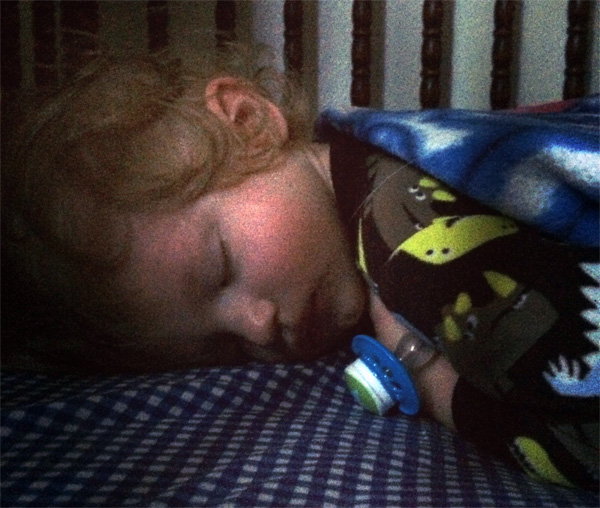 The Early Mom Catches the Child

My mother never slept in. Or, maybe I just woke up incredibly and unreasonably late. That probably describes me when I was in high school, when I’d wake on summer mornings just in time for my dad to arrive home for his lunch break. But it doesn’t explain away my childhood memories. Every morning, my mom greeted me already coffee’d and dressed. It didn’t matter if it was a Monday morning in January or a Saturday morning in June, she was up, she was smiling. My mom may have been a bit nutty in her quest to outshine the sun but I rarely woke to silence or emptiness.

Except once. I still bear the mark of that morning in the form of a nose that looks like it was sculpted by a precocious moose. It was a Sunday. I know this because I got out of going to church that day. My parents were both sleeping when my younger sister and I got up and tiptoed down the hall to our linoleum-floored family room. We took throw pillows off the couch and put them on the center of the floor. Then, we’d make a running start, dive onto the pillows, and slide toward the brick fireplace. It was like sledding, but indoors. With no snow. On a floor as hard and shiny as Captain Stubing’s head.

The last spectacular floor sledding launch of my life is marked by an extreme overcalculation. I overshot the pillow, landing nose-first. A schnoz was born. Pajamas were ruined. Despite the blood, bewilderment, and pain, I managed to come up with a weak lie. I went to my mom, who was still asleep next to my dad. I shook her awake. Through sobs, I told her I fell out of bed.

Thirty-plus years later, I imagine my mom’s point of view. Her eldest daughter, old enough to stay up to watch Love Boat but too young for Three’s Company, had a face like a sloppy joe. This darling daughter blamed it on a fall out of her French Provincial twin-sized bed onto her carpeted floor. Moms are able to out-forensically investigate the most steely, hardened detective. Whether or not she believed me, I still don’t know. I do know she cleaned me up, wrapped ice in a tea towel, and put me back to bed where I slept until she returned from church.

Waking up to her standing over me was a fresh start. I don’t blame my mom for not being up because her job wasn’t to be a Gretchen-tamer. She should have been able to sleep until three in the afternoon without having to worry about me destroying my face. But, kids. Kids! There are hard years you have to be one step in front of them with a stack of throw pillows balanced on your head as you dole them out in strategic places, calculated by stealth and intuitive geometry. Moms’ brains rival exotic bird migration patterns and three-point shots in the NBA. Even the most Free Range mom can appreciate the beauty of greeting a big busy day before greeting her little busy child.

One bit of parenting advice I have learned is that moms should try to get up each day before all of her kids. A bit of quiet time and a head start on the bustle mean a smoother, more positive morning. I try it in waves and find it’s true—but it’s hard to keep up, especially with small kids in the house. When I am up before the kids with a wide enough berth to prop my eyelids, drink some brew, and find out if I they’ll need mittens, I’m happier. There’s something sweetly fleeting about little ones rubbing little eyes as they shuffle up for the day’s first hug.

And I can sprinkle proverbial pillows where they might leap.