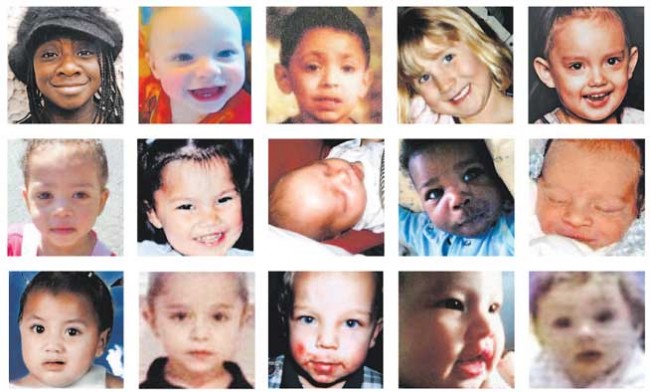 Colorado has created a website that provides the public with child-protection and child-abuse data for each county, making the state one of four in the nation to make such information accessible to the public.

The creation of the website is one part of a series of reforms in Colorado after news reports on problems with the state’s child-protection system by The Denver Post and 9News.

“At the end of the day, the goal is to be transparent with the public and to keep our families safe and healthy,” said Julie Krow, the director of the Office of Youth and Families in the Colorado Department of Human Services. “This is something we can’t do alone. We need our community to help us.”

California, Arizona and Iowa are the other states with similar websites available to the public.

Colorado’s website, cdhsdatamatters.org, provides county-level data on child-abuse referrals, instances of child abuse and how many children are reunified with their families after being placed in foster care. Other tracked information includes instances when children are removed from troubled families, caseworker visitation rates, child fatalities, types of maltreatment, and timeliness of responses to allegations of abuse.

“This is a strong effort to increase transparency,” Krow said.

The website, which the state created in partnership with the University of Kansas, required an initial investment of about $390,000, Krow said. Ongoing maintenance costs are minimal, she said.

The website allows comparisons that show how a county is performing in contrast to the rest of the state or to another county. Information also can be sorted by age, gender and race, and by the state’s judicial districts.

Krow said county child- protection officials can use the data to see how they are doing compared with their peers in the state. If those officials see one county excelling in certain areas, they can reach out to the other county to find out how to make improvements, she said.

Already, before the data became public, the state has been reviewing it to make improvements, Krow said. She said that over the past year, the state sought to improve response times for reviewing and investigating child-abuse allegations. The counties now meet time standards nearly 90 percent of the time — up from 50 percent, she said.

The website drew praise from Stephanie Villafuerte, the executive director of the Rocky Mountain Children’s Law Center, an advocacy organization.

Colorado officials launched the website the same month they announced they had spent nearly $1 million to arm child-protection workers with new laptops, smartphones and computer tablets to help them become more efficient. The state also plans to have a new child-abuse hotline up and running by January. Efforts also are underway to overhaul the system for training child-protection workers and mandatory child-abuse reporters.

The investigative reports by The Post and 9News in 2012 found caseworkers often made mistakes in their paperwork or when doing safety assessments and safety plans for at-risk families. In more than half of the child-abuse deaths reviewed during a six-year period, caseworkers did not follow state policy regarding how to investigate abuse and neglect allegations, according to an analysis of state child-fatality reviews done by the news organizations.