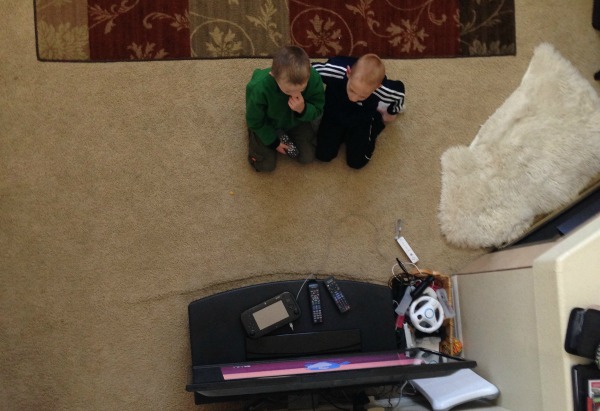 My overachievements in parenting…thanks to television

Once upon a time when we retrieved my then-3-year-old daughter Hadley from preschool, her teacher pulled me aside.

“I need to talk to you about Hadley,” she said in that voice. The same cautionary voice my third-grade teacher used right before she wrote on my report card that I had “verbal diarrhea.”

Shockingly, the report was positive.

“Hadley is doing such a great job with her letters! Not only is she really advanced on sounding them out but she is already piecing them together in words. You must be regularly working on them with her at home?”

After retrieving my jaw from the floor, I paused long and hard. Should I tell her that my kids were addicted to “The Letter Factory” DVD by LeapFrog? And that perky tadpole Tad was even inspiring my then-1-year-old Bode to sound out his letters, like a stuttering infant prodigy, with very little help from me?

“Why yes, we have been working on them at home. Regularly. Nice to know it is paying off.”

Note: This was not a complete lie. I just failed to divulge who “we” included.

This is not the first time one of my children has been taught and inspired by television. When Hadley was 23 months old she acquired a new best friend I despised. Now, don’t get me wrong. I’m not some snobby mom who doesn’t let her kid play with a certain sort of people. But this friend? Well, he’s purple. And he’s a dinosaur, fer heaven’s sake. And he’s annoying.

Yes, Hadley was obsessed with Barney – the very show I vowed I’d never expose her to. And I didn’t. The blame goes to Grandma who innocently introduced her, obviously not knowing the ramifications. Who could’ve known he would be the ONLY one in the whole world who could calm her down when she woke up moody from her naps? Or that his love song to her at the end of the show “I love you, you love me,” could make her combust into a fountain of tears because she knew their time together was drawing to a close. Or that she would lie awake at night wondering what her offspring would look like if she and Barney ever had babies together.

After watching Barney one day, we went to run some errands. For months, I had been incessantly reciting 123s and ABCs wherever we went. She would occasionally list off a number just to shut me up but really, her attentions were focused on learning the alphabet. So when I was in the car with her, I turned my focus back to numbers as I attempted to teach her how to say she was “2 years old,” in honor of her birthday at the end of the month.

I was practically jumping for joy! Finally, all those countless hours of teaching her, of slaving over her growth had finally paid off! I had a glimmer of hope that I was making at least some difference in her life! Bursting with pride, I wanted acknowledgment and gratitude for my efforts. “Hadley, who taught you to count to 10?”

Please tell me I am not alone! What have your children learned from their favorite shows?