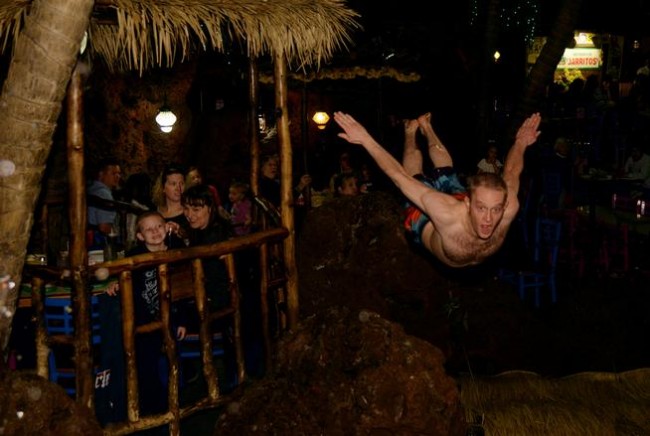 When the doors of the legendary Casa Bonita restaurant on West Colfax opened 40 years ago, Marilyn Carmosino was astounded by the line of people stretching down the block.

On Thurday, Carmosino, now 67, sat at a table overlooking the cliff diving pool with her 5-year-old grandson as Casa Bonita celebrated its 40th anniversary.

“I come because of nostalgia, and fabulous entertainment for the kids all in one place,” the lifelong Denver resident said. 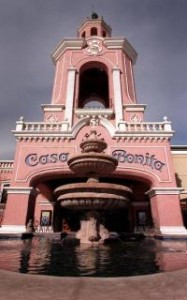 Casa Bonita, draped in kitschy Mexican-themed decor, is famous for the same attractions today that it was four decades ago: a trouble-making gorilla, cliff divers leaping from the top of a 30-foot-tall indoor waterfall, the Old West gunfight and many other trademark features.

“Forty years in the world of restaurants is like 400 years in real life,” said Denver restaurant consultant John Imbergamo. “That’s an incredible accomplishment.”

Surviving four decades in an ever-shifting industry is a remarkable feat, but one that highlights a tried-and-true business strategy.

“One of the things we have found is that our customers really like to know what to expect,” general manager Mike Mason said. “We try to stay true to the formula.”

Mason has been around the place nearly as long as the bottomless sopapilla basket. Now in his 38th year as an employee, he fell in love with the place when visiting on his 15th birthday and applied for a job at age 16.

Business has been up about 10 percent related to the anniversary, officially March 27, Mason said.

With slim marketing resources, the restaurant’s fame continues to spread primarily through word-of-mouth. 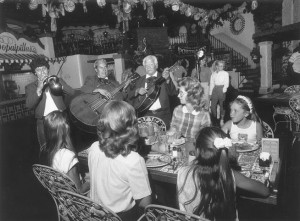 It received a friendly boost from “South Park,” which featured Casa Bonita in an episode a decade ago. The show’s co-creators hail from Colorado, and Mason said they grew up with personal memories at the restaurant they described as “the Mexican Disneyland.” (The episode is included in the Denver A-Z exhibit at History Colorado.)

“Our demographics have changed slightly because of the ‘South Park’ episode,” Mason said. “We are now cool with the 18-25- year-olds.”

The 52,000-square-foot restaurant is divided into sections meant to evoke various regions of Mexico. Guests place their food order cafeteria-style, then go around an amusement park-like maze, following the promising music of a mariachi band and the sight of a man-made pool lined with faux tropical trees strung with festival lights.

The Casa Bonita concept got its start in Oklahoma, opening four locations in the Southwest. The Lakewood site was the most lavish and is the only one still open.

“You can understand how Casa Bonita survived the first 15 years, but now … you can eat Mexican food everywhere,” Imbergamo said. “So it has to be all about the entertainment.”