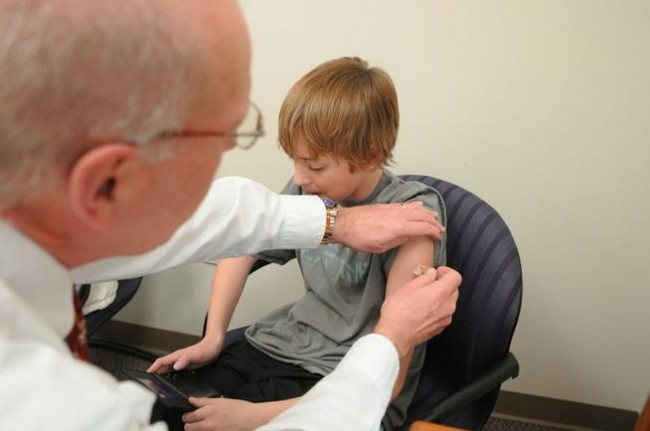 A proposal to make it harder to send kids to school without their vaccines cleared its first hurdle Thursday in a Colorado House committee.

The proposal has powerful bipartisan backers, but it sparked intense opposition from some.

Colorado is one of 18 states that allow parents and students to opt out of getting required vaccines if they submit a statement of exemption based on religious or personal beliefs.

The bill would require parents of students seeking a personal exemption to watch a video that discusses the benefits and risks of immunization to the student. Religious and medical exemptions would not be affected.

Sponsors said the change is needed because of whooping-cough outbreaks and other health risks that could be prevented if more pupils were vaccinated.

Colorado has the sixth-highest rate of non-vaccinated kindergarteners in public school, some 3,000 statewide last school year, according to the U.S. Centers of Disease Control and Prevention.

The measure would require school systems and child-care centers to disclose their rates of non-vaccinated children.

Parents on both sides packed the committee room to share opinions on vaccinations.

“It should not be more convenient to opt out than it is to get your child vaccinated,” said Alexandra Fickenscher of Denver, a mother of two who supports vaccination and wants to see the exemption process tightened.

“Parents have a constitutional right to parent their children,” said Susan Lawson, whose daughter suffered brain damage after contracting encephalitis from a routine vaccine when she was a year old. “I am not an uneducated woman.”