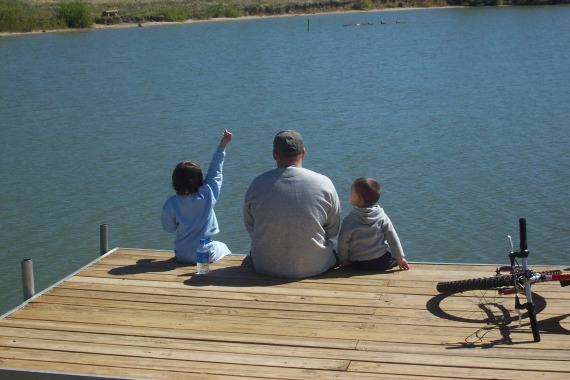 Wit, Wisdom, and Wine: One Woman’s “Confessions of a Mediocre Widow”

While Mile High Mama blogger Catherine Tidd has spent the last few years developing a global online support group for widows and widowers (www.theWiddahood.com), she has also been hard at work on her memoir, Confessions of a Mediocre Widow, which took the number two spot on the local nonfiction bestseller list less than two weeks after its release.  In her first interview with us, she talks about everything from finding humor in grief to dating as a single parent.  And we are excited to be giving away three copies of her book (see below)!

Why did you write this memoir?

Confessions of a Mediocre Widow is the book I wanted when my husband died in 2007.  I was 31-years-old with three small children and most of the books that I came across were either too clinical/self-help for me or were memoirs written by older widows.  I needed something that I could relate to and I wanted a book that read more like a story than something that outlined the stages of grief.

While Confessions of a Mediocre Widow is based on a pretty sad story…it has many funny moments as well.

Yes, when I told people that I was writing a “funny book about my husband’s death” I got some pretty strange looks!  But during one of the scenes in the book, when I was dealing with the paperwork for Brad’s organ donation, I start laughing – which I’m sure was viewed as very inappropriate, but was such a relief to me.  I realized that if I could somehow keep my sense of humor, I would be okay.  If I lost it, I would lose myself as well as my husband.

During the first two years of widowhood, I felt like I was doing everything wrong – at one point I even told my therapist that I thought I was grieving backwards. I felt like I was constantly making the wrong decisions and that I was being judged by everyone.  The truth is, no one judged me harder than I judged myself and it took me a long time to figure out that there is no “right way” to grieve.  Once I figured that out, I really turned a corner.

Your kids are a big part of your story.  What have you learned as a single parent?

It’s so incredibly hard to go from two parents down to one.  At the time of my husband’s death, my kids were 5, 3, and 1 so I constantly felt like I was being pulled in so many directions.  I have found that what helps me the most is being honest with my kids.  I’ll point out to them that I just can’t do everything and that I’m doing the best that I can.  I also do my best to carve out moments during the day where I’m with each one of them individually – even if it’s just a short car ride to pick up pizza.  They know they have my attention and can talk to me about what’s going on in their lives.

How did you handle their grief over losing their father?

Well, again, they were very young at the time of his death, so in some ways how they’ve grown up is their normal.  We have been through group counseling together and I have been pretty proactive in seeking out resources that I think might help them.  I’ve also always told them that it’s okay if they feel like they can’t talk to me about something as long as they talk to someone – a teacher, a coach, a family friend.

I’ve always practiced what I call “age appropriate honesty” and never talk down to them.  After Brad died, if I found myself short-tempered or sad I would just be truthful and say, “I know I’ve been a little angry lately.  I’m just so sad that Dad died.”  I felt like that let them know as well that it was okay to talk about how they felt and that their grief might show up in different ways – feeling angry, depressed, hyper, or tired.  I also know that, even though it’s been six years, they still might enter into new stages of grief and I watch for those signs.

At one point in your book, you talk about “Daddy Day.”  Can you explain what that is?

Daddy Day was something I started to help us recognize my husband’s birthday.  It’s a fine line as a parent – wanting your children to remember the parent who is gone, but to do it in a way that is meaningful and possibly even more of a celebration of their life, rather than a remembrance of their death.  So, on my husband’s birthday every year, I take the kids out of school and we spend the day as a family.  We release balloons to remember my husband and then we do fun stuff – go bowling, to the movies, eat some junk food…whatever we feel like.  Daddy Day is something they look forward to now and is joyful instead of somber.

You talk about some of your experiences dating as a single parent.  Is there any advice that you’d like to pass on?

Your children are your first priority and, unlike when you were probably dating before, you are not dating alone…they’re coming along for the ride.  I am very slow to introduce someone new to my children (even though I know that in the excitement of a new relationship it’s sometimes tempting to throw everyone together and see how they mesh).  And even after I’ve introduced someone, I am constantly watching my kids for signs as to how they’re handling it and if they’re comfortable with the situation.  If they’re not, I know it’s time to step back.

This book is a memoir about being a widow, but there’s a little more to it, isn’t there?

Absolutely.  While the story is focused on the death of my husband and how we dealt with it, the overall message is something that anyone can relate to:  Very few of us are living the lives we pictured when we were young.  We have all experienced twists, turns, and bumps along the way.  It’s how we deal with those circumstances that really determines the life we are going to lead.