“Mom, so where are we going for our surprise?”
“I’m not telling. Be here’s a hint: the movie, Frozen.”
“Ice castles? Are we going to see ICE CASTLES?”

My kids nailed it on the first guess. And much to our delight, the giant Ice Castles in Breckenridge, Colo. are a cut right out of Disney’s musical fantasy where you’ll swear you’ve been swept away in an eternal winter with magic at every turn. Disclaimer: mangy reindeer named Sven not included.

This is Brent Christensen’s fifth year building Ice Castles and his third go-around in Colorado (previous years were in Silverthorne and Steamboat). Conveniently located at 150 W Adams Ave. in downtown Breck adjacent to Blue River Plaza, the 1-acre frozen kingdom gives you yet another reason to visit this world-class resort town.

So, how do they do it? According to Christensen, each ice castle takes thousands of man-hours to make. More than 5,000 icicles are “grown” each day to be harvested and sculpted together. Newly placed icicles are then drenched in freezing water once or twice each day. The blend of icicle placement, changing temperatures, water volume and wind result in an astonishing and ever-changing variety of ice formations. Each ice castle uses about three million gallons of water to build and maintain. Wasteful? The Ice Castle is located next to a natural water source (the Blue River) and so all of the water returns directly into the environment to be used again by wildlife, people and plants.

I’m Canadian so I know snow and ice but there is something awe-inspiring about seeing the castle all lit up with the lighting actually frozen inside of the ice. My family visited late in the day when the ice takes on glacial tones of deep blue. 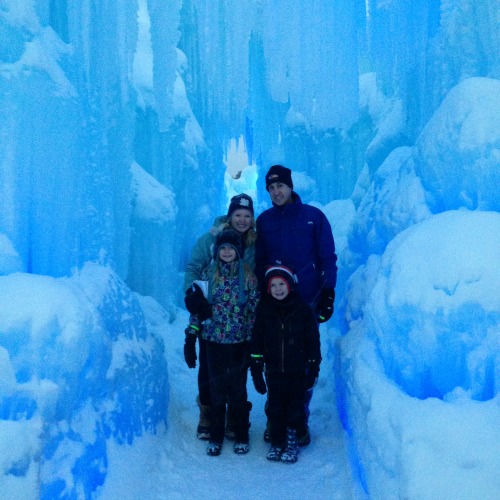 But the castle really comes alive at night. We returned a couple of hours later (your ticket is valid all day) bundled up in our snow pants and explored ice tunnels, towers, caverns and canyons reminiscent of Frozen’s fjords.

At one point, I pointed my iPhone up and snapped back-to-back photos of the ever-changing play of light. 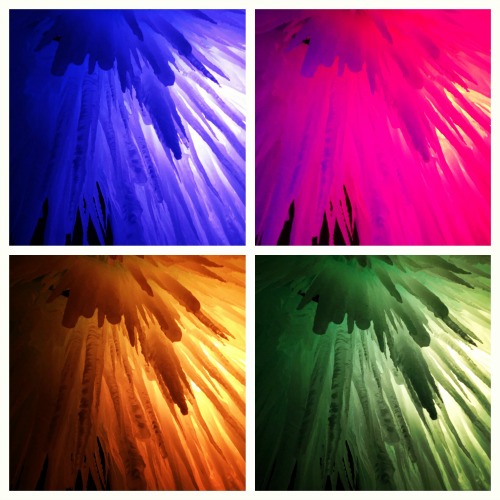 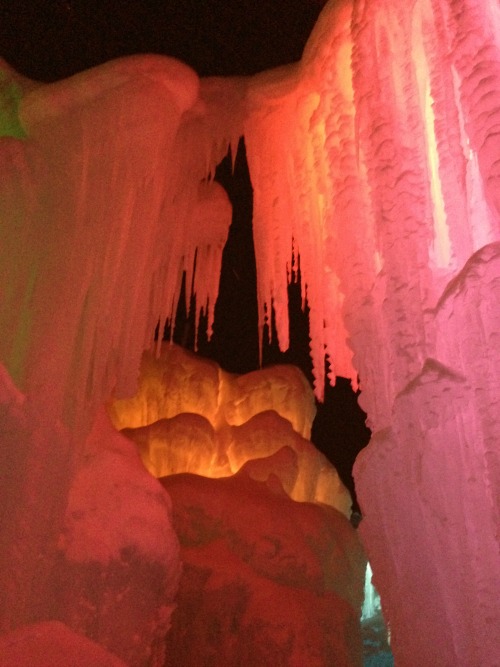 The Ice Castle is a work-in-progress and will continue to be expanded upon throughout the season. At the time of our visit, the “artists” were working on a ramp that would lead to the top of the castle with a slide for a quick and thrilling way down. My kids’ favorite part was a tunnel that cut through a wall of ice. They convinced me to slither through it with them and after a slow downhill slide, we were ejected onto the snowy floor. 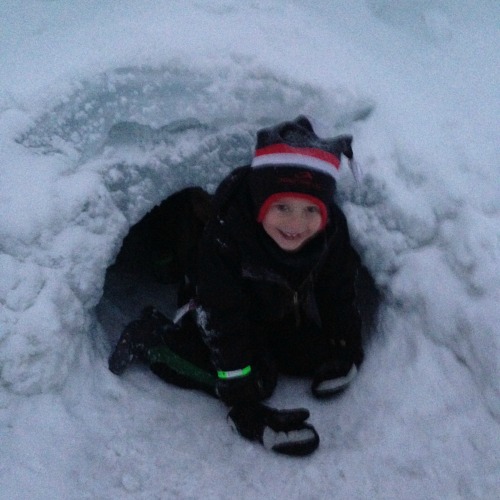 My son looks a lot cuter than I did when emerging from the tunnel. Think: Winnie the Pooh. But even Pooh bear never had so much fun.

Mile High Mamas is giving away four family four-packs of tickets to see the Ice Castles during the 2013-14 season.  The Ice Castles are weather-dependent and are expected to close in March. Be sure to fill out the entry form below; your personal information will not be publicly displayed. You may enter as many as five times daily until the contest deadline of Feb. 1, 2014.