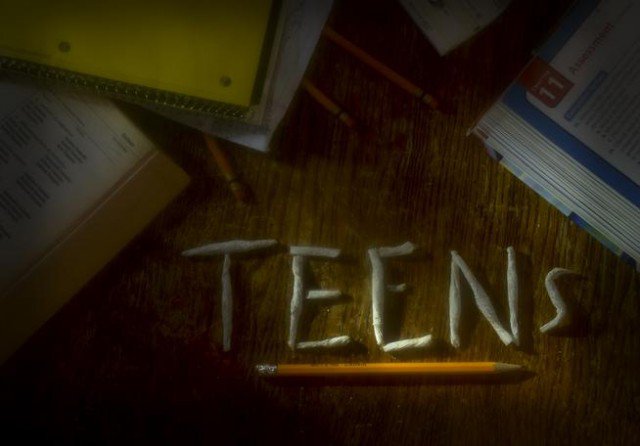 Teens and pot use: Parents, here’s what you need to talk about

Parents who have convinced their children that alcohol and tobacco are bad for them are likely struggling next with how to talk with their teens about marijuana — especially as it has become legal for adults to use for recreational use in Colorado.

The perceptions many teens — and often, their parents — have about pot are not only wrong, they can be dangerous, say medical and treatment professionals.

An ongoing study of the behaviors and attitudes of teens and young adults has found that while teens aren’t necessarily reporting higher use of marijuana, they’re less likely to consider it “risky.” The 2013 Monitoring the Future survey, funded by the National Institute on Drug Abuse, found that from 2005 to 2013, the percentage of high school students seeing great risk from being a regular marijuana user has fallen among eighth-graders from 74 percent to 61 percent, and among 12th-graders from 58 percent to 40 percent. This concerns members of the medical community who say that pot is bad for developing brains.

We asked a few professionals in Colorado to address some of the questions teens often ask about pot.

Pot isn’t addictive — is it?

“No scientist in the field would have any qualms about it being [called] addictive,” says Dr. Paula Riggs, director of the Division of Substance Dependence at the University of Colorado-Denver’s School of Psychiatry. “It has a similar effect on the brain reward system as other drugs of abuse like heroin or cocaine.”

When pot use interferes with daily life, those effects point to the drug’s addictive qualities, says Riggs, who recently appeared on “The Dr. Oz Show” to talk about the topic.

She suggests asking these questions: “Does a person have difficulty cutting down on his use of pot? Have there been negative consequences with family members over its use? Has he been kicked out of school or continued to use despite such consequences? Have they increased the amount of time they spend using and cut other things out of their life?”

“The studies are clear that one out of 11 adults who try marijuana will become dependent or addicted, while one out of six adolescents will become daily or near-daily users,” Riggs says.

There’s a perception that marijuana is fairly benign, but medical professionals say it is bad for brain development, which can last until people are in their mid-20s.

Riggs, who has recently begun a program treating students for substance abuse at Adams City High School, says ongoing research shows that pot is neurotoxic, or disruptive to the brain and other parts of the nervous system.

THC, the active ingredient in marijuana, binds to sites called cannabinoid receptors on brain cells. When the CBRs are overstimulated, their function is altered, and it can lead to addiction and withdrawal symptoms when use stops, according to the National Institute of Drug Abuse.

Among the research Riggs cites is the Dunedin Study, in which more than 1,000 people were tracked over a 30-plus-year period. Those who used pot regularly as teens and young adults permanently shaved 6 points off their IQ scores.

Isn’t it safer to drive while high on pot than on alcohol?

“I clearly tell teens it’s not safe to drive when you are high on marijuana,” says Sheryl Ziegler, a counseling psychologist who runs The Child & Family Therapy Center at Lowry. “Concentration is difficult; your coordination is in jeopardy; it’s hard to judge distance, speeds or identifying sounds. In combination with alcohol, it’s worse.”

Riggs notes that the effects can last longer than alcohol. “You can have a couple of cocktails, and while you might be impaired for a time, you can drive perfectly fine tomorrow,” she says. But the THC in marijuana stays in the system longer. For people who have smoked several times over the course of a day or night, it results in “reduced reaction time, impaired balance and interference with memory and decision-making.”

“This is not about interfering with those who have diseases and needs for it,” Riggs says of medicinal marijuana used for pain or nausea relief. But just because it’s used to treat some conditions doesn’t mean it’s for everyone.

For example, Riggs and others worry about young pregnant women thinking it might help them with morning sickness since medical marijuana is used by some cancer patients as an anti-nausea drug. That’s dangerous because research has shown the developing child’s brain is affected as well as the mother’s, Riggs says, citing a 2008 study published in the Journal of the American Academy of Child and Adolescent Psychiatry.

My parents smoked pot when they were growing up, so why shouldn’t I?

Parents may be afraid that if they say they admit to using it as youths, they’re giving their children permission to use it as well, Ziegler says.

“I tell parents to think about how their children may use that information,” she says. “I don’t encourage lying,” she says, but the parents have to decide how much to reveal about their past.

And it’s important to get the topic on the table, she says. “Being open and engaged with your kids is important.”

Also important to know: Much of the marijuana available today is more potent than it was in the past, so the potential exists for it to have more intense deleterious effects on the user. “We are seeing more emergency room visits with [excessive vomiting], and with adolescents, there is greater risk of psychosis and delirium.”

Pot doesn’t cause cancer, does it?

A Mayo Clinic report published in 2006 and reported on in procon.org found that “marijuana smoke contains 50 percent to 70 percent more carcinogenic hydrocarbons than does tobacco smoke and has the potential to cause cancer of the lungs and respiratory tract. Marijuana smoke is commonly inhaled deeper and held longer than is tobacco smoke, increasing the lungs’ exposure to carcinogens.”

Isn’t pot a good way to chill out?

Teens often think they’re OK as they start to use, but when it becomes habitual, problems develop, Ziegler says.

“I talk about how it’s associated with school failure, motivation, attention and learning. They get lower grades, are more likely to drop out and have lower salaries and job success.”

Using pot also increases the rates at which people engage in risky behaviors, such as unplanned sexual activity, and use of other intoxicants like alcohol and other drugs, Ziegler says.

Pot use might also keep an important medical condition from being identified. “They might have an anxiety disorder, for example,” Ziegler says. “There’s a high correlation between ADHD and marijuana. They like to use it because it gives them a short-term release from their condition. But then if they start using it daily, it will no longer be calming. They can become paranoid.”

Everyone is doing it, so why shouldn’t I try it?

In the 2011-12 Colorado Healthy Kids Survey, 32 percent of 12th-graders reported using marijuana in the previous month. That means 68 percent didn’t.

“It’s about prevention and building self-esteem so that kids as young as fifth and sixth grade know how to say no and stand up for themselves,” Ziegler says.

Dr. Christian Thurstone agrees that avoiding pot is the best policy. He runs a program at Denver Health for those 12-21 years old, called the Substance Abuse Treatment Education & Prevention Program, or STEP.

“[Parents] shouldn’t just throw up their hands,” Thurstone says. “I encourage pro-social activities that build self-esteem — sports, chess, youth group, debate or other interests. You can also set forth expectations and norms.”