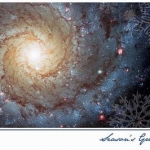 When your season is not about believing

When I came out to Colorado to go house-hunting, I noticed three things at nearly every house I viewed:

Xeriscape – What’s with all the rocks?

Displays of religion – Crucifixes, sculptures, framed scripture, and more (although not a single mezuzah, which wasn’t much of a surprise).

I now understand the reason for the rocks, and I was just initially overwhelmed by the garages, considering we had only one car and no lawnmower to store. But the homogeneity and pervasiveness of religion…well, it still makes me uncomfortable.

Any fellow atheists out there? Bueller?

For most of the year, it rarely comes up. Sometimes I’ll meet someone new who will ask, completely offhand, where we go to church. Sometimes I’ll be chatting with the women in my Bunco group about current events, and some will lament a recent tragedy, ascribing it to a lack of religion. Sometimes I’ll catch a glance when someone sneezes and I don’t bless them, or when I take the Lord’s name in vain.

But this will be the third year that we’ve lived in Colorado during the holidays, and I’m steeling myself for the inevitable questions.

Yes, we celebrate Christmas. Yes, we get a tree (a real one, in fact – that’s important to us). Yes, we take the girls to see Santa. Yes, we send cards (when I remember to do so).

And yes, we think it’s important to teach them about the meaning of Christmas. That it’s not all about presents and Santa, but that it’s a celebration of treating each other well. That it began with a celebration of the first day of winter, eventually becoming a celebration of the birth of Jesus. That the story of Jesus’s birth told in many beautiful songs. But for us, it’s just as fictional as Santa himself. Lovely and inspirational, but fictional.

My husband and I have answered our older daughter’s questions about God and Jesus and Christmas with as much honesty and as little prejudice as possible. That is, we’ve told her what we believe, but we’ve also told her that many people – most people, in fact – believe differently, and that she must respect that. We don’t criticize others’ beliefs.

Fortunately, we’ve seen little criticism of our beliefs. Mostly, people with whom we’ve shared our beliefs have been incredulous; atheism is a curiosity here.

Last year in pre-school, our older daughter’s class was discussing the holidays, and one boy stated that Christmas was Jesus’s birthday and that he was the son of God. I got a call from the teacher that afternoon to let me know that my daughter had reacted strongly to her classmate’s assertions, standing up and telling him that she didn’t believe God wasn’t real.

The teacher handled the situation well, so much so that when I picked up my daughter from school, she made no mention of the incident. When I brought it up, she was quite matter-of-fact about it.

I had to admire that. Even though, like all kids her age, she was still too young to have fully analyzed the information and reached her own conclusions, she had enough courage to speak up in a group and voice her dissent. Frankly, I couldn’t even manage to tell my husband’s boss’s wife that no, I didn’t agree with her that people should say “Merry Christmas” instead of “Happy Holidays.” I think I feigned momentary deafness.

So while the holidays will most likely be uneventful – no crosses burning on the front lawn, but possibly a call from the kindergarten teacher about our heathen-in-training – I’m looking at them as a warm-up for the elections, because I’m pretty sure our politics differ from those of the rest of the town too.

Any fellow Libertarians out there? Bueller?

Julie Marsh is a Denver mom of three. She is the VP of Operations at Cool Mom Picks and an award-winning blogger. This post was originally published at Mile High Mamas in 2007.