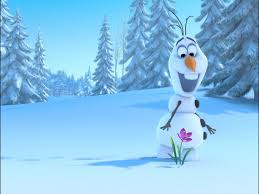 ‘Twas the night before Thanksgiving, and all through the movie-house …

Well, you get the picture. Starting Wednesday, movie theaters will be stuffed. And with a very few exceptions, turkeys don’t seem to be on the menu. Far from it.

Here are some of the goods film studios — big and indie — are serving up this holiday season.

Philomena Judi Dench enters the Oscar fray with this moving portrait of a birth mother searching for the son taken from her by the nuns in an Irish “convent” in the 1950s. Actor Steve Coogan co-wrote the screenplay based on BBC reporter Martin Sixsmith’s 2009 book. Coogan portrays Sixsmith, who accompanies Philomena on her fraught and remarkable sojourn. Nov. 27

Frozen Hans Christian Anderson’s fable “The Snow Queen” provides the departure point for Disney’s wintry adventure that follows Anna, mountain man Kristof and Sven the reindeer as they track down Anna’s sister, Elsa, who has put the kingdom of Arendelle in a deep freeze. Nov. 27

The Hobbit: The Desolation Of Smaug Think of this sequel as fan-fiction on the grandest of scales. J.R.R. Tolkien’s modest novel continues to get expanded by director-co-writer Peter Jackson and his loyal cohort. Dec. 13

Saving Mr. Banks Tom Hanks portrays the master of persuasion in this story about Walt Disney’s attempts to convince author P. L. Travers (Emma Thompson) to allow her beloved book “Mary Poppins” to become a beloved film. Dec. 20
Anchorman 2: The Legend Continues By the time Will Ferrell’s Ron Burgundy makes his way to the big screen in this long-time-coming sequel, he may have worn out his welcome thanks to his incessant hawking for Dodge. But the film’s makers are counting on fans of Burgundy and his cohorts’ brilliant stupidity to make the comedy “kind of a big deal.” Dec. 20The Great Beauty Director Paolo Sorrentino was awarded the