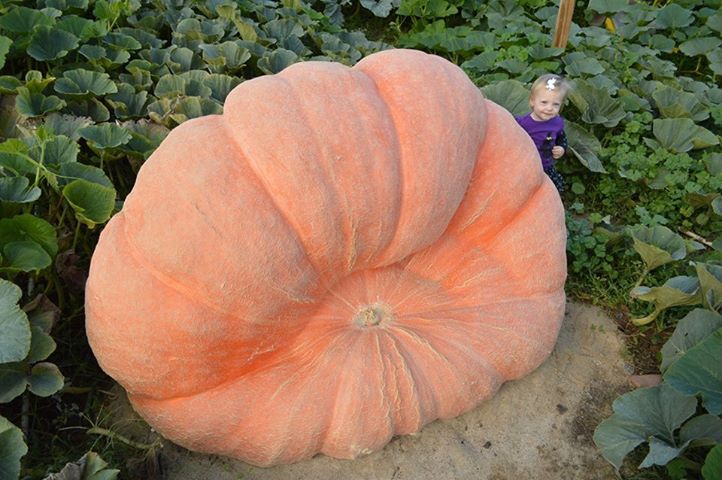 Actually, growing giant pumpkins is a year-round pastime for my husband Jamie and he will be participating in the weigh-off and fall festival at Jared’s Nursery, Gift & Garden in Littleton on Saturday Sept 28, 10 a.m.-5 p.m. Kids will love the giant pumpkins and other giant and/or mutant vegetables, in addition to Jared’s Galleria of Ghouls, a straw maze, obstacle course, bouncy castle, face painting and a petting zoo.

Jamie’s pumpkin “Stanley” was lovingly named after my dad and is the biggest he has ever grown. Unfortunately, it formed a small crack a few weeks ago so it is disqualified from official GPC Giant Pumpkin Commonwealth standings (nope, I can’t make this stuff up) but it will still go to the scale.

To say this is the climax of his entire year is an understatement.

And so here’s where you come in. We’re giving away THREE FAMILY FOUR-PACKS to Elitch’s Fright Fest for the three people who are the closest to guessing the Great Pumpkin’s weight! Please go here to enter. Contest deadline is Sept. 28, 2013 at 10 a.m. We will announce the weight and winner the next day! 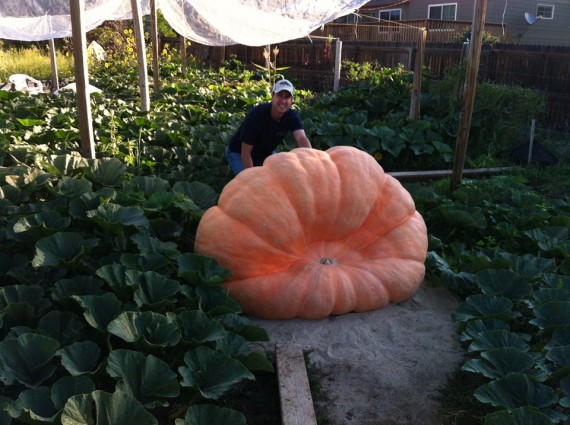 Husband with Stanley the Giant Pumpkin 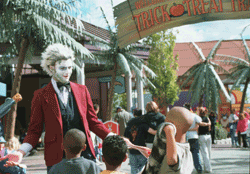 Kids will compete through various Halloween-themed challenges and activities for Ghouls Match. Join the Do Right Duo as they bob, race and eat their way to victory Saturdays and Sundays at the KiddieLand Stage, 1 p.m. and 3 p.m. Little ghouls and goblins can trick or treat their way around Kiddieland for Trick or Treat Trail! Pick up your trick or treat bags and maps  at the District or KiddieLand entrance. For children under 54 inches tall. Saturdays and Sundays in KiddieLand, 12-5 p.m.

There will also be a costume contest on Saturdays and Sundays, Scream It Out contests, Vick the Vulture, a Monsterless Matinee and a Hay Maze.

P.S. I originally had a typo to say “Kick the Vulture,” to which Elitch Gardens politely corrected me saying that it was “Vick” and they do not promote animal cruelty. 🙂

If your kids want to experience Fright by Night, they won’t be disappointed with the all-new haunted house Flesh Factory, a tour of Kenworthy Biological, once a biochemistry industry leader before the breakout of radiation threatened the human race. The new Terror Chamber haunted house will host civilians who are deemed worthy to be summoned to an initiation rite of passion for the most sinister and dangerous secret society. (Both are extra-charge attractions).

Be sure to check Elitch’s website  for additional information on these and many more events, their times and pricing and be sure to go here to guess the pumpkin’s weight to win tickets.