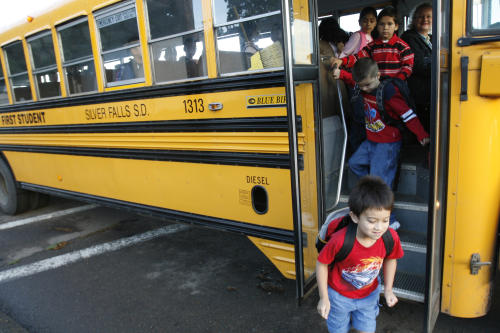 Back to School: Adjusting to an earlier bedtime at summer’s end

Parents, you can already picture those first mornings of the school year: the challenge of dragging cranky kids out of their beds at dawn after two months of mellow summer mornings.

Each year, many of us swear we’ll do it differently. We will listen to the experts. We will adjust our children’s bedtimes back to a school-year schedule as soon as August arrives. We will work with biology, not against it, by dimming the lights and drawing the curtains in the evenings. We will remember the power of a good bedtime routine.

It does sound wonderful.

But each year, many families embrace the spontaneity of summer and the long, light evenings, ditching routines and enjoying late nights with the kids. Or maybe we really do try o get them to bed early, but Little League baseball games run late and vacations to other time zones make it impossible.

Then we try to get our kids up early for the first day of school and their bodies naturally rebel. It’s never easy to be “waking up at the time you’re biologically ready to be asleep,” says Dr. Peter Franzen, child sleep expert and assistant professor of psychiatry at the University of Pittsburgh’s Sleep Medicine Institute.

Lack of sleep can affect kids’ ability to learn, to remember and to handle emotions, he says.

So here are some tips for getting them back to a sensible bedtime:

“You don’t have to jump into going to bed at 7:30 and being really strict,” she says. “But do an evaluation of where the bedtime has been falling and move back toward that by about 15 minutes every third night.” (Of course, if you’ve altered your kids’ bedtime by more than an hour, you’ll need to make those changes in larger increments.)

For young kids, the most effective routine includes a warm bath and reading a favorite book. Skip television, which has a stimulating effect.

With older children, Obleman suggests having a sit-down meeting two weeks before school begins. Discuss the importance of being rested during the first weeks of school.

Plan a solid bedtime routine together, making sure they understand how much sleep is necessary. Children, from toddlers to adolescents, need 10 to 12 hours of solid nighttime sleep, Obleman says. Teens are likely to need at least 9 hours.

“People say, ‘If my child got eight hours, that’s adequate.’ And it might be adequate,” Obleman says. “But you want to be giving them great, awesome restful sleep at night.”

Once you’ve chosen a bedtime, agree to turn off electronic screens one hour earlier, because the light from these devices signals our bodies to stay awake, Franzen says. Kids already have a harder time getting sleepy at night as they reach their teen years due to changes in their body chemistry, he says. Looking at the light of electronic devices only delays that response further.

“Those routines can be very personal family rituals — a certain snack that you eat, a certain book you read, a certain song that you sing,” she says.

For adolescents and teens, Breffni, says, keep in mind that the time they “go to bed” may not be close to the time they actually fall asleep. So make sure older students understand what time they should actually be asleep.

“One of my cornerstones is that if children are going to bed early enough, there shouldn’t be a need to wake them in the morning,” Obleman says. “If you’re dragging them by the ankle every morning, they’re going to bed too late.”

On the last mornings before school starts, you might even induce the kids to get up early by taking them out to breakfast at their favorite restaurants.

One final step, which can be especially tough on parents: Ideally, the whole family should go to bed early on those final nights. It may be hard to give up the late night hours you’re accustomed to, but going to sleep earlier will benefit you as well as your kids.

“We’re seeing an epidemic of sleep deprivation” among adults, Franzen says. “We’re certainly not modeling appropriate behavior for our kids.”

These experts say adults really do need eight hours of sleep per night, though many of us get as little as five or six.

So even if you won’t kick back into an early bedtime routine until the night before school begins this year, says Breffni, make this the year you prioritize sleep for the whole family.

Parents: Do you start adjusting your kids to their school schedule NOW by waking them up earlier or just hold off until school starts?