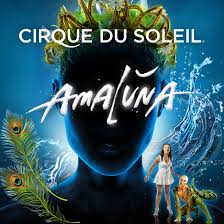 Acknowledging the anniversary of the death of a spouse is difficult for many widows.  Usually, aside from the questions about dating and in-laws, that is the question we ask each other the most:  “What do you do to get through the day?”

And after six years, I’m beginning to think I’ve been doing it all wrong.

There was year one, when I threw an enormous party with all of the junk food my husband loved, which left me completely exhausted and with the worst breakout on my chin.  There was year two when I didn’t feel up to doing anything and so I decided that was the perfect time to wallow in my misery for a few days (sometimes that just needs to be done).  And then there was year three, when I realized that the Donor Alliance schedules the 5K Donor Dash around the anniversary of my husband’s death every year and that has since become a family tradition.

But there is a new tradition that, after last night, I think I’m going to start.

Doing something for myself.

I’ve never done that before because, as a mother, I’ve always felt like leaving the kids on such an important day to do something on my own would register a 10 on my Guilt Meter.

In six years, it never occurred to me that I could do both – squeeze in the family time that we need and balance that out with something I could look forward to.  But this year, I did it – I spent the entire day with the kids and then, thanks to the help of Mile High Mamas and Cirque du Soleil…did something that had me completely distracted from the usual sadness that I feel every July 18th.

It seemed like it was just meant to be.  I happened to email my editor about something completely unrelated when she asked me if I wanted the tickets for opening night.

“I’m going to be out of town,” her email said, “so if you want the tickets, they’re yours.”

“THANK YOU!” I replied.  “That is such a hard day for me and this will give me something to look forward to.

At the time that she offered the tickets to me, I didn’t fully realize what a gift they were.  I didn’t know that that would shift my focus from how monumental that day was – how is it possible he’s been gone for six years? – to what I should wear that night (“circus casual” was what one of my friends on Facebook advised) and where my friend and I should go to dinner before the show.  That I have never seen a Cirque du Soleil show only added to my excitement.  Miraculously, for the first time in six years, I found myself actually looking forward to a date that, in years past, was the cause of many a therapy appointment.

It was something different.  Something I had always wanted to do that I had never taken the time to do for myself.  It was something to happily anticipate rather than dread.

I did feel like I was a little bogged down a few times that day, but every time I did, I would look at the clock and think, “Only four more hours, three, two…it’s time to start getting ready.”  And that alone was enough to keep the tears at bay.

I fell asleep after the show, not thinking about all of the terrible things that had happened six years earlier, but the amazing performers in Amaluna and the crazy ways that the Denver public interprets “circus casual.”  And as I slowly drifted into a magical dream-like state, lean and muscular acrobats whirling through my mind, I had one last thought.

“I really need to get to the gym tomorrow.”