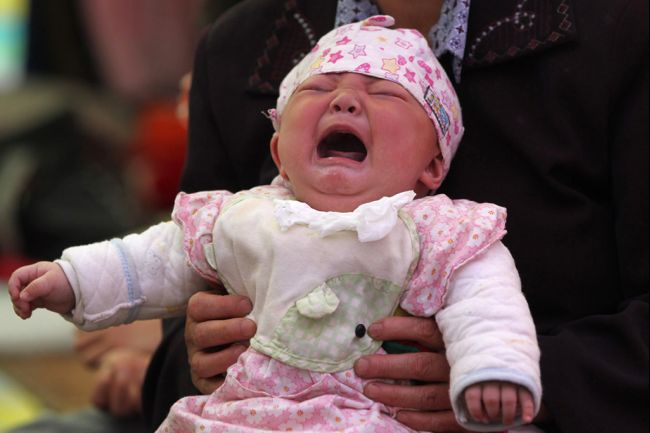 What’s in a name? More than you think, experts say

As Prince William and wife Catherine mull over names for their royal offspring, they would do well to heed mounting evidence that a name can influence everything from your school grades and career choice to who you marry and where you live.

Someone named Jacqueline or Steven will generally fare better in life than Latrina or Butch, say researchers, who also point to a phenomenon whereby the world’s fastest man is called Bolt, a TV weather forecaster Sarah Blizzard, and the local librarian Mrs Storey.

“Your name can influence the assumptions that other people make about your character and background, and thus the chances you are given in life,” says Richard Wiseman — a case in point, he’s a professor of psychology at the University of Hertfordshire.

“It can also be a sort of self-fulfilling prophecy. If your name sounds intelligent, successful and attractive, you are more likely to act those things.”

A flurry of studies in recent years have examined names as predictors of success.

They found that girls with perceived “feminine” names like Isabella or Kayla are less likely to pursue maths or science than those named Taylor or Madison, and that pupils with perceived “lower status” names get worse grades than others from the same background but with posher names.

Research has pointed to a clear, though probably subconscious, tendency for people to prefer things that resemble themselves — including the letters of their names.

Denises are more likely to become dentists than dermatologists, while Lawrences are overrepresented among lawyers and Raymonds among radiologists.

The term “nominative determinism” was coined by the journal New Scientist in 1994, which cited a paper on urinary incontinence by authors Splatt and Weedon.

There is even a Latin proverb for the phenomenon: Nomen est omen — and the examples are bountiful:

Sometimes a name can denote disappointment.

Psychologist Ernest L Able (who says, yes, he is an earnest person) cites research showing that professional baseball players whose first or last names begin with a “K,” the letter that denotes a strikeout, are more likely to strike out than others.

In a further twist, people named Louis are disproportionally represented in the city of St Louis, and statistics show that people even tend to marry partners whose first or last names resemble their own.

Much of the evidence is anecdotal, and there are many people who succeed despite potentially problematic names — take Barack Hussein Obama who joked in 2008: “I got my middle name from somebody who obviously didn’t think I’d ever run for president.”

Others dealt a wildcard include celebrity children Apple, Jermajesty, Moon Unit and Dweezil. And spare a thought for Stan Still, Justin Case and Barb Dwyer. No kidding.

“Names make impressions, just as the way you clothe your (child) or, the you way you groom them makes an impression,” insisted University of California emeritus psychology professor Albert Mehrabian, who authored a book on “Beneficial and Harmful Baby Names.”

“People with ‘undesirable’ names do get treated differently,” he said — people give the same photograph a different score for attractiveness based only on the name, and the same exam paper with different signatures will be given two different marks.

“I attribute this to low teacher and societal expectations for the children,” said Figlio.

Mehrabian, who conducted a more than 10-year survey in the United States on the “attractiveness” of names, lists Elizabeth, Jacqueline, Holly, Ann and Mary as the top five names for girls and James, Steven, Christopher, Kenneth and Thomas for boys.

At the bottom of the list were Elvira, Eula, Shar, Zoila and Latrina for girls and Butch, Rufus, Ozzie, Jock and Rip for boys.

Mehrabian has advice for all new parents: “Never spell a name in an unconventional way… the desirability profile drops drastically.”

“Don’t try to be clever or artistic,” he added. “Overall I would say avoid unusual names.”

Whatever the chosen name, we already know the new royal baby will be called “His/Her Royal Highness Prince/Princess (name) of Cambridge.”

“A royal prince or princess is immediately going to have a social identity that is quite distinct from his or her name,” said Figlio.

“I would be stunned if names matter all that much for the children of the extremely famous.”