Becoming Mothers: From Infertility to Foster Care to Widowhood to Adoption

In 2001 I started dating the handsome man that would eventually become my husband. We wanted to start a family (neither of us had kiddos yet) but were in our late thirties. Of course, I had a plan. I gave us a year to get pregnant the old-fashioned way. If that didn’t happen we would start a new journey…Adoption. I did my homework during the “conception year” and learned the good, the bad and the ugly of foster to adopt, international and domestic adoption. I presented my findings to my husband and we both agreed, fost/adopt was the route we would go.

In 2007, our fostering to adopt journey began. 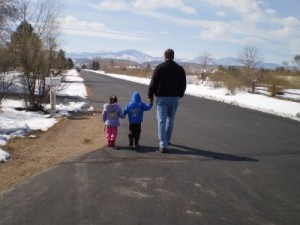 The county was very clear from the get go: they are not an adoption agency, their goal is reunification. We were certified in 2008 and got “the call” for our first placements in early 2009: 4 1/2 year old twins, “Jack” and “Jill”. Our entire family fell in love and those darling angels blessed our home for nine months. Our hope of hopes was adoption but they ended up going to live with kin.

I would like to say we were fine with it but that’s not the case. We were crushed but learned a valuable lesson: This process was not about us and building a family, it was about the children. We may be a small piece of their life-puzzle and even if they forget who we are, their little souls won’t. They are changed on the inside and will take that with them where ever they go. That was a huge revelation. In the following years, 5 more children graced our home, our hope was still adoption but it wasn’t first and foremost.

On November 20, 2010, six months after our previous placement transitioned home, we got “the call” for a sibling set. A 6-year-old boy and his 22-month-old sister. We assumed it was an emergency holiday situation (families seem to implode that time of year) and figured it would be short-term. No problem, we accepted happily. At 1 a.m. that bitterly cold morning, a full moon brightly lit sleeping faces in the back seat of the social worker’s car. Two of the most beautiful children I had ever seen.

Just as our adoption journey had played out thus far, nothing happened as we expected. A few months in, we were informed adoption was quite possible. In August, 2011 the parents’ rights were terminated, we sat down with our foster son and social worker and explained the adoption was going to happen. It was an emotional conversation, but he was relieved.

Six days later, my husband passed away unexpectedly and my world flipped upside down. In the fog all I could think of was if the county took my kids I would surely die, too. By the grace of God, they were allowed to stay with me. Appeals delayed the adoption but our big day finally arrived. 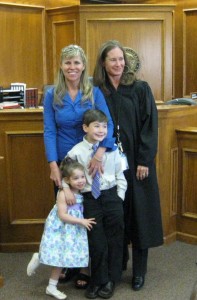 Melissa is an adoptee and foster mama that had the privilege of adopting through foster care… Finally! She blogs at The Road Less Wandered and is happily engaged.