If there is one must-attend event for kids in Colorado, this is it: the LEGO® KidsFest will be at the Colorado Convention Center April 27 – 29, 2012.

Not familiar with this national tour? Think three acres of hands-on educational fun for all ages with millions of LEGO bricks, not to mention construction zones, dozens of life-sized LEGO models and displays, LEGO Ninjago and LEGO Games, group builds such as Creation Nation, live LEGO Master Builders and so much more

Among the many LEGO attractions, families will find: 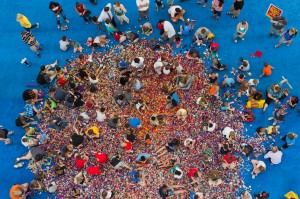 • LEGO Model Gallery: 40 life-sized models made entirely from LEGO bricks
• LEGO Master Builders: live demonstrations and activities from the crew who get paid to play
• Creation Nation: build your own creation to add to a custom map of the U.S.
• Race Ramps: build your own custom car, then race it down the ramp against friends and family
• LEGO Games Arena: roll the dice to play LEGO board games
• Construction Zones: creative free build, play and display areas
• LEGO DUPLO®: younger visitors can explore imagination through building
• LEGO Retail and KidsFest Marketplace: purchase LEGO merchandise and official KidsFest tour 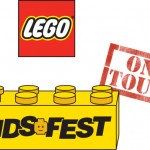 Five identical Sessions are available. Tickets are $18 for kids and $20 for adults. For more information and to purchase tickets, log on to www.LEGOKidsFest.com

To enter, upload a picture of your child’s LEGO creation to our Facebook contest page (see the entry tab at the top). Note: Winners will be randomly selected and will not be based on the most creative. Contest deadline is April 15, 2012.