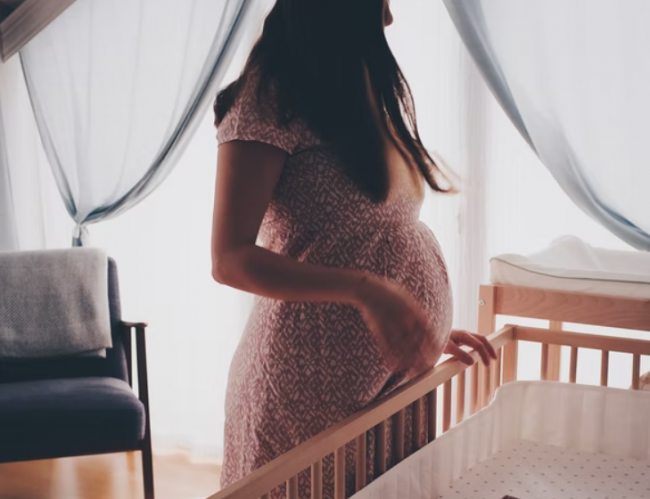 Casey of Moosh in Indy is beautiful, vibrant, has a darling daughter and an attorney-husband. After talking to her for just two minutes, I felt on top of the world.

So I was surprised to learn that someone so enviable has been at the very bottom of it.

Please join me in welcoming Casey. She may not be a local mama but her struggles with depression are universal.

I overdosed on prescription medication when I was seven months pregnant.

I didn’t want to be pregnant anymore. Pregnancy was (literally) killing me. I hadn’t eaten more than a half cup of food at a sitting in seven months. Ninety percent of what went into my mouth came back out. Every muscle in my body ached from dry heaving. My throat was constantly scratchy from vomiting up bile. Every smell was toxic.

And no one believed that I truly was sick.

One woman told me I was eating the wrong kind of crackers. Other people said I was being over-dramatic. Several people thought I was faking. My husband Cody thought I was a wimp.

I didn’t even know if I wanted a kid all that much, I mentally could not get myself excited about having a baby.

The depression built gradually (I am bipolar). I told myself to go to sleep and I’d feel better in the morning. One morning I didn’t feel better, I felt worse. I called into work, got a glass of water and took well over a dozen pills, plus Zofran and a sleeping pill, so I could fall asleep while it happened and not vomit up all that I had just taken.

Cody found me an hour later.

I don’t remember much of the next 12 hours. I woke up in an ER, monitors and sensors all over my body.

And Cody was sitting by my side. Completely helpless to what his wife had tried to do to his baby.

I realized while I was lying on the gurney that I was being buzzed into an area of the hospital I had never been in before. I smelled cigarette smoke.

The only reason to smell cigarette smoke inside a hospital is if the people inside aren’t allowed outside.

That’s when I realized I was in the psych ward.

I was wheeled down a quiet hall to a sterile room. My shoelaces were taken, and I was told to wait for a nurse who would read me the rules.

Cody was allowed to come in, bring me a few things from home and say goodbye.

And then I was left all alone. Alone except for the nurses that checked in on me every hour.

I wasn’t allowed to sleep with the door closed. A woman woke up screaming in the middle of the night about killing her husband.

I have never been so scared.

I had an OB, an OB nurse, a nutritionist, a psychiatrist, a therapist, a pediatrician a social worker and a perinatologist that checked in on me regularly. I had to go to three group therapy sessions a day and two private sessions a day. There was an arts and crafts hour where doctors took notes on how each patient interacted with each other.

Some patients had deep wounds that were stapled shut and bandaged, others had charcoal stains around their lips. I sat in my room most of the day staring down at the street I used to play on as a kid. Staring at all the people with normal lives, going about completely unaware that I was stuck there up alone.

It was the darkest, most miserable situation I have ever been in. Humans shouldn’t be treated like that. If I learned nothing else while there for three days I learned that I never want to go back.

I couldn’t tell anyone where I had been, I was ashamed. No one likes a baby killer. Why would I ever admit to being one? But the people who did know finally believed me. Finally believed the hell it was being trapped inside my pregnant body.

I was ashamed of all of this until recently. I made a mistake. I’m human. And the Lord obviously wants to keep the moosh and me here or we would have had toe tags that cold day in September. There’s no logical medical reason why the moosh came out from that perfectly healthy. And for this I am grateful.

I am not ashamed now because I have a message, if someone says they’re not doing so well, please listen. I tried to tell someone that I was not well a week before this happened. They brushed it off as pregnancy hormones and sleepiness. I didn’t want to push, maybe it was just pregnancy after all. But that’s just my point, those who truly need your help will rarely shout for it. They will suffer silently hoping somebody, anybody will notice. Those who are truly hurting will not want to draw attention to themselves.

I didn’t want to be a burden or seen as a complainer. So I tried to figure it all out myself.

But I was blessed through my failure.

Not everyone is so lucky.

For additional resources, the Mayo Clinic has shared Depression during pregnancy: You’re not alone. Disclosure: This post may contain affiliate links. While clicking these links won’t cost you extra money, they help us keep this site up and running. See our disclosure policy.