What does your purse say about you?

An inventory of a woman’s handbag can reveal her age, the roles she plays in her own life and, sometimes, a glimpse of her soul.

That’s the thesis of “The Contents of Her Purse,” a documentary that treads the line between wry humor and sociological treatise. The movie is the centerpiece of “The Purse Chronicles,” billed as “a performance event for women,” perhaps with one eye on the phenomenally successful play “Girls Only.”

The concept for “The Contents of Her Purse” grew from a one-act play that Denver writer and filmmaker Coleen Hubbard staged in 1987. In the play, two men find a purse and examine its contents, conjecturing about the owner.

“I have a certain attachment to my own purse, and I didn’t realize how universal that was until we started working on this,” Hubbard said.

“I can’t tell you how many women hear about the movie and say, ‘Oh my Gosh! I should tell you what’s in my purse!’ One person calls it her identity kit.”

The documentary, which Hubbard made with her husband, Larry Bograd, examines the purses carried by females ranging from toddlers to extremely senior citizens. It’s not hard to guess which end of that scale favors sparkles, cartoon characters and unicorns — although the occasional hipster totes an ironic Hello Kitty clutch.

When Hubbard and Bograd began the documentary three years ago, they imagined the handbag version of a circus clown car, with purses yielding the equivalent of an especially cluttered kitchen junk drawer.

“Initially, I thought it would be funny — getting women to empty their purses and explain all the stuff,” Bograd said. 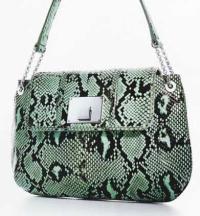 “Then it turned out that there were all these stories.”

One woman in the film tearfully displays the elegant evening bag that belonged to her now-deceased mother.

The snap of the bag’s metal clasp immediately transports her back in time to childhood, sitting on her parents’ bed as she watches her mother put on makeup for an evening out. The sound of the purse clicking shut was the last sound she’d hear when her parents left the house.

Another woman, Shirley Washburn, shows off two coin-sized souvenirs. They date back to 1945, when her husband, fresh from military service, took her to a San Francisco arcade where they made personalized tokens.

Since then, the tokens have remained in her purse, even when it was stolen a few years ago. When someone found the handbag and returned it, Washburn was ecstatic to find the tokens still inside. The absence of her wallet and other valuables seemed a relatively minor inconvenience.

“The Contents of Her Purse” delves a little into some women’s preoccupation with designer handbags, but Hubbard and Bograd found that the women they interviewed rarely cared about their purse’s pedigree. Several brag on film about buying designer look-alikes from thrift stores. 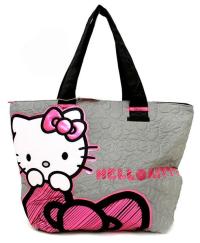 High-school and college women regard their purses as a ready source of entertainment — oh, look! There’s my Godiva rewards card! New mothers use diaper bags as giant purses, a habit that can extend well into a child’s school years.

“Your purse represents who you are in your life,” says one woman in the movie.

“The Contents of Her Purse” will be shown weekends through November, and the evening will include interaction with audience members willing to share stories about the things they carry.